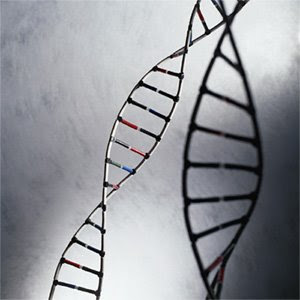 After six years of ground-breaking and influential blogging, the Women's Bioethics Project has come to an end. Kathryn Hinsch made the announcement on June 11.

For years, the WBP provided a crucial channel for female bioethicists to voice their concerns and support for key biotechnologies at the dawn of the transhuman era. Virtually no topic was off limits, whether it be voluntary euthanasia or the potential for exosomatic wombs. The WBP perspective was a breath of fresh air in a sea littered with bioconservatives, anti-technological feminists and religious conservatives. Not to mention overzealous male techno-optimists.

But it wasn't always this way. Back in 2003 I spoke at Yale about how feminists seemed to be forsaking the future, unwilling to engage in bioethical and biotechnological discourse. It seemed absurd to me at the time that the only people talking about such topics as human trait selection, reproductive technologies, genomics, and stem cell research were geeky white males (myself included). All feminists, it seemed to me at the time, were anti-technological ideologues who were unwilling to discuss the possibilities and what it might mean for women. Donna Haraway's legacy, I thought, had been all but abandoned.

It was with great relief, then, that the Women's Bioethics Project was launched a year later, featuring such writers as Linda MacDonald Glenn, Kristi Scott, Kelly Hills and many others. Indeed, as the blog header proclaimed, "This is not your typical blog. We have recruited scholars and public policy analysts from around the world to provide daily news and commentary on the implications of bioethical issues for women." And as Hinsch noted in her farewell post, "we developed innovative programs, policy recommendations and research on ethical issues pertaining to women’s health, reproductive technologies, and neuroethics. We made a difference: our work brought these important issues to new audiences and encouraged women to participate in policy development around bioethics questions."

And that they did. Their work will be missed, but thankfully many of the WBP alumni will continue to contribute to the IEET.

Thank you for the kind words about the work of WBP. We applaud your efforts to engage the public in a positive progressive dialogue about science and emerging technologies. Keep up the good work.