Is human super-intelligence a bad idea? 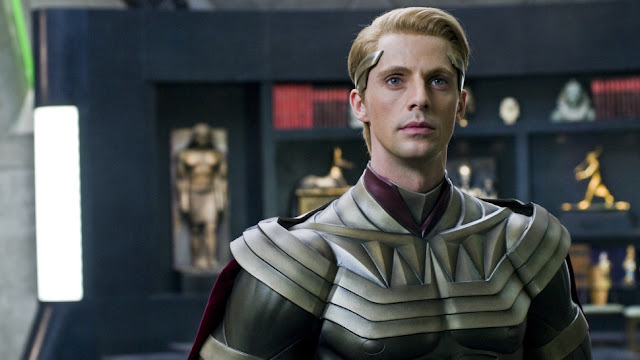 Advocates of human enhancement often say that we ought to increase our intelligence as a species. But the consequences of actually doing this have never fully been explored. An excessive amount of intelligence might actually prove to be a bad thing — and a distraction from what really matters.

To learn more about this potential transhumanist misdirection, I spoke to two experts who have given this subject considerable thought: Theoretical neurobiologist Mark Changizi, a developer at2AI Labs and author of Harnessed: How Language and Music Mimicked Nature and Transformed Ape to Man, and philosopher and ethicist Mark Walker, Assistant Professor and Richard L. Hedden Chair of Advanced Philosophical Studies at New Mexico State University.
Indeed, the fetishization of intelligence has reached epic proportions in some futurist quarters. Aside from radical life extension, transhumanists almost always list off cognitive enhancementas the single most important tweak we could give ourselves. Already today, before we’ve even developed any meaningful interventions, enthusiasts are finding ways to boost their intelligence using whatever's available.
But as Changizi and Walker told me, “intelligence” isn’t just some easily identifiable thing that we can just boost willy-nilly. There are many other types of intelligences that are often discounted, as are other worthwhile enhancements — such asmoral enhancement, increasing empathy, ordeveloping designer psychologies. Moreover, an excessive amount of intelligence could be quite detrimental to the individual, resulting in maladapted, anti-social, and even psychotic individuals. And potentially worse, we might just end up being even more deeply integrated within the superstructure, serving as computers that feed the machine.

We value smartness, no doubt about it. No one likes to be called stupid, especially in the sci-tech-saturated world we live in. High intelligence, goes the argument, is what’s needed for success in this society, a trait that trumps physical strength, the conviction to succeed, and even a solid education.
But as Walker told me, this is an intelligence bias, one that’s twofold. There’s the emphasis towards intelligence itself, and then there’s the bias towards certain kinds of intelligence — namely “IQ-type” intelligence, or what Changizi calls chess-and-brain-teaser-like intelligence.
“Transhumanists, when they say that intelligence ought to be enhanced, almost never mean some kind of social intelligence,” Walker told io9. “They rarely talk about other forms of intelligence, like enhanced empathy, or understanding what it means to promote another person’s well-being.”
The reason for cutting to this narrow conception of intelligence, says Walker, is that it’s all-too-often seen as a universal tool.
“But just because you have intelligence in the IQ sense doesn’t necessarily mean you have a universal instrument to help you get everything else you want in life.”

What Exactly Do We Mean By “Intelligence”?

Changizi brought up a related point, saying that we tend to use "intelligence" to refer to the sorts of things the brain is not too good at, like chess and logic problems.
“That's what makes brain-teasers and complicated board games "work" as games — they work because they're not tapping into natural human talents at all, and so they're deeply challenging, hard to get good at, and blow our minds when someone is good at it,” he says. “Chess, logic and brain-teasers are heavy on working memory and its bottleneck — a "tiny portion" of what the brain can do. And we're largely conscious of these brain activities, so it feels like something to solve it.”
Changizi says that when we're naturally good at a task — like one we evolved to do (e.g. an instinct), or a task that's culturally evolved — we don't tend to notice the talent at all, and are less likely to label it with the term "intelligence" in the first place.
“We're also likely to not be aware of what our brain is doing,” he explains. “These are the seemingly boring, unintelligent tasks, such as getting to work on time despite the dozens of constraints, or showers, trains, kids, caffeine, tolls, and so on — or like knowing what to say, and with what tone to say it.
Changizi also says a similar moral can be made using autistic savants.
Walker, who is the author of Happy-People-Pills For All, agrees, noting that people who lump intelligence into a super-narrow category of cognitive traits are grossly oversimplifying the issue.
“You can think of individual examples, where people are really good at doing math and physics problems, but can’t write an English sentence to save their lives,” he says. “And there are people with social intelligence who understand other people’s motives and how to get along. But many people fail at that. And sure, there are some people who are good in all these individual domains, but it doesn’t necessarily seem to me that if we enhance for one of these that we enhance for all of them.”

The Dark Side Of Intelligence Augmentation

But because lots of people think about enhancing intelligence along this narrow domain — like being better mathematicians, physicists, or programmers — it’s becoming something that’s intrinsically valued.
“And indeed, that does strike me as problematic because, all things being equal, people think it’s better to have more of it — but everything’s not always equal,” he says. “You could have people who would have lots of narrowly defined intelligence, but that might make for worse outcomes.”
Walker worries that people could become fantastic at physics and math, but end up lacking in the right kind of virtues. They could use their intelligence for evil ends, or perhaps become pig-headed or supremely self-confident. There’s even the potential for social detachment — akin to Dr. Manhattan’s struggles in the Watchmen and his inability to relate to “normal” people.

S
“If you could enhance for intelligence — but also self-reflection and modesty, and keeping in check in any kinds of biases — then it might be able to work,” says Walker. “But not many people are thinking along these lines. When scientists do their experiments on mice in the labs, none of them are thinking about increasing their social intelligence or their self-reflective abilities.”
I asked Walker if we run the risk of creating maladjusted, or even psychotic individuals. I used the example of the mathematician John Nash who, in conjunction with his schizophrenia, identified patterns where there were none. I expressed my concern that our brains are not adapted to high levels of IQ-type intelligence, and that enhanced individuals might likewise get caught up in obsessive behaviors and get lost in the ocean of their thoughts, buried in the minutiae of what’s being observed. Intelligence, as it has been said time and time again, does not necessarily correlate to well-being, happiness, and so-called success at life.
“Yeah, we’ve evolved for different kinds of intelligence for a long period of time — and a sort of equilibrium has been hammered out by evolution,” he responded. “So if you go tampering with one or some small subset of it, you have no guarantee that you’re going to have a good result. We just don’t know.”
Changizi brought up a similar point.
“The intelligence that we obsess over is primarily useful on tasks that probably didn't much matter evolutionarily,” he says. “Intelligence — in the everyday use of the term — is disproportionately, therefore, useless. And it's unclear why we're scrambling to get even more of it, and unclear why so many artificial intelligence researchers are hell bent on getting it into their artificial agents.”
Once obsessed with intelligence in the IQ-type sense, argues Changizi, one is thereby handicapped at seeing intelligence almost anywhere beyond human and perhaps some close ape relatives.

I asked Changizi about human enhancement in general, and where our attention should be focused.
“Well, there’s my own Human 3.0 view, in which I make the case that any enhancements that truly take off will be ones that closely harness our brains' natural instincts — that's the only way to coax the brain to do new things brilliantly — and in this sense I deem even writing, speech and music as "enhancements".
Changizi suspects that the enhancements we’ll not want will generally be chess-brain-teaser-like-intelligence, but rather enhancements that let us unconsciously navigate new sorts of modern terrain, all-the-while seeming to the brain to be typical old evolutionarily familiar terrain.

I asked Walker the same question.
“It would seem to me that the biggest bang for our buck would be to concentrate on happiness,” he responded. “The reason for it is that people with a greater positive emotional state tend to do better in a wide variety of domains. They tend to be better husbands and wives. They tend to be better workers. They tend to be better bosses, artists, and friends. They tend to be more pro-social. They tend to have a higher GPA. They tend to earn more. It has a lot of positive benefits.”
Like Changizi, Walker says that we already have these characteristics in our genome, and that we don’t necessarily need to radically enhance people to have twice the emotions. We just need to lift everybody up so that they’re equivalent with the happiness giants who are already up there now.
“But we have to keep our eye on the prize,” says Walker. “We need to enhance our well-being. It’s a means to an end, and if you forget the end, that’s a problem.”
This article originally appeared at io9.
Posted by George at 8/10/2013