Will Old People Take Over the World? 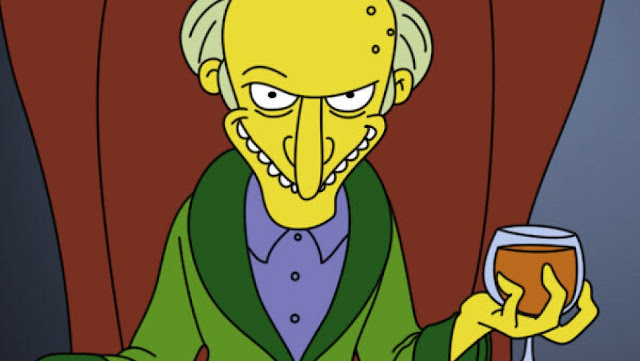 One of the consequences of radical life extension is the potential for a gerontocracy to set in — the entrenchment of a senior elite who will hold on to their power and wealth, while dominating politics, finance, and academia. Some critics worry that society will start to stagnate as the younger generations become increasingly frustrated and marginalized. But while these concerns need to be considered, a future filled with undying seniors will not be as bad as some might think, and here’s why.
Indeed, the human lifespan is set to get increasingly longer and longer. And it’s more than just extending life — it’s about extending healthy life. A common misconception amongst the critics is that we’re setting ourselves up for, as political scientist Francis Fukuyama put it, a “nursing home world” filled with decrepit old folk who are leeching off society’s resources.

But nothing could be further from the truth. If we assume that the aging process can be dramatically slowed down, or even halted, it’s more than likely that the older generations will continue to serve as vibrant and active members of our society. And given that seniors tend to hold positions of power and influence in our society, it’s conceivable that they’ll refuse to be forced into retirement on the grounds that such an imposition would violate their human rights (and they’d be correct in that assessment).
In turn, seniors will continue to lead their corporations as CEOs and CFOs. They’ll hold onto their wealth and political seats, kept in power by highly sympathetic and demographically significant elderly populations. And they’ll occupy positions of influence at universities and other institutions.

And we have the precedents to prove it. Politicians, including senators and various committee members, do a good job holding on to power and influence in their legislatures. U.S. judges can serve for life. Non-democratic countries are particularly notorious for setting up gerontocracies, the most notable example being the Soviet Union during and after the Brezhnev era. And religious institutions, like the Roman Catholic Church, are especially sympathetic to senior leaders.
It’s also a prospect that’s been covered extensively in scifi, including Bruce Sterling’s Holy Firein which gerontocrats wield almost all capital and political power, while the younger populations live as outsiders. Frederik Pohl’s Search the Sky features a gerontocracy masquerading as a democracy. It's a theme that was also addressed in the 1967 novel Logan's Run, written by William F. Nolan and George Clayton Johnson. In this story, an ageist society, in order to thwart elderly influence and a drain on valuable resources, executes everyone over the age of 21.

Indeed, much of the worry has to do with concerns of social inequality and the marginalization of the younger generations. Already today, graduates have a hard time finding jobs and “breaking in” to the corporate world. Life and health extension could dramatically reduce job turnover even further. Feelings of inter-generational resentment and angst could start to creep in.
Another fear is that society could start to stagnate and become risk-averse. The common charge is that seniors are, by their nature, conservative and “set in their ways.” Social and cultural progress, like marriage reform, could come to a grinding halt.
Similarly, there’s concern that gerontocracies could hold academics back. It may become increasingly difficult for radical and unconventional scientific concepts to gain acceptance. As the quantum physicist Max Planck famously said, “A new scientific truth does not triumph by convincing its opponents and making them see the light, but rather its opponents eventually die, and a new generation grows up that is familiar with it.”

But not everyone’s convinced this is going to be a problem. One such voice comes from the sociologist and futurist James Hughes who works at Trinity College in Connecticut. I asked him if a gerontocracy is something we genuinely need to be concerned about.
“There are so many more important forms of unequal power in society that it is hard not to see hand-wringing about gerontocracy as an attempt to distract from corporate malfeasance, patriarchy, white skin privilege, lookism, and so on,” he told io9. “But yes, gerontocracy is one form of power, and there are some ways that our democratic society has ensured health insurance and income stability for seniors that it hasn't done for working adults simply because seniors are more likely to vote. Is that gerontocracy, though, or the way a democratic society works? People who can't get themselves organized to demand and defend services get less of them.”
But this inequality, says Hughes, will quickly be erased. His suspicion is that, as we adapt to radical life and health extension, one of the fights that’s set to settle in is the raising and eventual elimination of the retirement age. It’s a fight, he says, that will make the worries about a gerontocracy seem quaint.
“Optimally, however, this struggle will not just sharpen generational antagonism, as portrayed in Christopher Buckley's novel Boomsday,” he says, “but lead to a more equitable and universal system of income support and social services not based on age.”
So I asked Hughes how society could be hurt if an undying generation refuses to relinquish their hold on power and capital.
“Again, the question should be, how is society hurt when small unaccountable elites control the vast majority of wealth?,” he responded. The age of super-wealthy is pretty immaterial, he says, especially when most of the people in their age bracket will be as poor and powerless as younger cohorts.
“If the wealthy avail themselves of longevity treatments and cognitive enhancements that the hoi polloi can't afford, and thereby start a feedback loop of privilege — ability and longevity that threatens to create a super-aristocratic master race — then the demand for making those therapies available to everyone will become politically irresistible,” he says. “It’s not that it will happen painlessly, but the democratization of the wealth and longevity technologies of elites is more or less inevitable.”

Hughes also doesn’t buy into the argument that radical life extension will result in the stagnation of society. If anything, he thinks these claims, such as risk-aversion and inflexibility, smack of ageism and simple-minded futurism.

“Gerontology has dispelled the notion that people become any more conservative as they age,” he told me. “They do maintain many of the tastes and beliefs of their youth, and since older cohorts in the last century were always less educated than the younger cohorts, they tended to have less of the cosmopolitanism and liberal outlook of younger cohorts.” But the dramatic evolution of older cohorts' views on issues like minority, women's and gay rights, says Hughes, show that age is no barrier to changing your mind on deeply held values.
And as to the “abysmal futurism of the geronto-phobes,” (he's thinking of Francis Fukuyama and Leon Kass in particular) the principal thing, argues Hughes, is that they’re overlooking the ways in which scientists are figuring out how to boost the body's natural production of stem cells in order to repair disease.
“Seniors' brains continue to make stem cells,” says Hughes, “and when we are able to boost neural stem cell generation in order to forestall the neurodegeneration of aging, older people will become as cognitively flexible as younger people.” Hughes points to Sterling's Holy Fire as a prime example of this possibility.
Ultimately, says Hughes, what the growing literature on aging, emotions and violence does suggest is that an older world will be more serene and far less violent.
“Younger people experience more swings of positive and negative emotions, and young men are responsible for the bulk of violence and crime. Older people are more satisfied with their lives and have more of an even keel.”
In a world awash with technologies of mass destruction, says Hughes, a strong dose of senior wisdom may be precisely what we need.
This article originally appeared at io9.
Posted by George at 7/06/2013