Should we eliminate the human ability to feel pain? 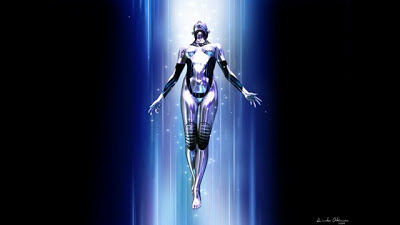 Though pain has clearly served an important evolutionary purpose, not everyone is convinced that we still need it. A growing number of forward-looking thinkers are suggesting that we need to get rid of it — and that we'll soon have the technological know-how to do this. But should we choose to embark on such a radical experiment, we'll need to pay close attention to the risks and those aspects of humanity we might risk losing.

Above image: "Ascension" by Hank Akins. 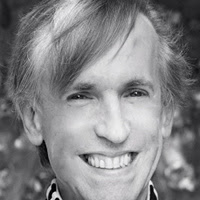 To help us better understand the perspective of the so-called "pain abolitionists," I spoke to philosopher and ethicist David Pearce. Back in 1995 he authored The Hedonistic Imperative, an influential online manifesto that urged the use of biotechnology to abolish suffering throughout the living world.

After speaking with Pearce, it became clear that the technologies required to pull off such a feat will soon be within our grasp — and that there's a strong moral argument to back his case. But as Pearce admitted to us, a pain-free world doesn't necessarily imply a perfect world — just one that would be considerably more comfortable to live in.

David, before we get into the ethics of creating a pain-free humanity, it's important to consider the technological viability of such a project. Will it really be possible to remove physical pain from the human experience?

In a nutshell, yes.

Technically, physical pain could be banished in humans and nonhumans alike. Today, the lives of hundreds of millions of people are blighted by chronic pain. Mercifully, most of us are normally pain-free. But at some point in our lives, pain of nightmarish intensity can strike - and then we're shocked at how dreadful the experience can be.

From an engineering perspective, however, pain is unnecessary. Nonbiological robots don't suffer its nasty "raw feels" at all. Our silicon robots can be programmed to respond adaptively to noxious stimuli without the slightest discomfort. So we know that the function of nociception and the experience of phenomenal pain are distinct.

How soon before we'll be able to start doing this?

Well, we could start right now. Pain and pain-thresholds are modulated by a number of different genes. Let's focus on just one of them here: SCN9A. 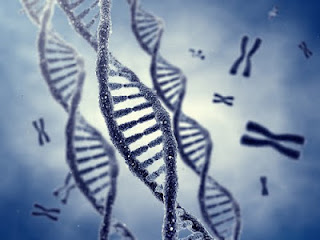 So prospective parents have a choice. We can continue playing genetic roulette as now, putting our faith in God or Mother Nature. Alternatively, if we're ethically serious about reducing the burden of suffering in the world, we could use preimplantation genetic diagnosis (PGD) to choose benign "low pain" variants of the SCN9A gene for our future children. Prudence dictates that we shouldn't (yet) abolish the capacity for phenomenal pain altogether. But we can still ensure that pain has a negligible impact on our children's quality of life by selecting "low pain" alleles for their genomes.

Time out: This sounds a little bit like eugenics. Isn't all of this just genetic experimentation on our kids?

All children are genetic experiments. If we're going to create life, we should at least ensure we don't create suffering.

And you're right — critics of the reproductive revolution in process will raise the spectre of eugenics. Pessimists warn of "designer babies" and discrimination against the poor. Some of their worries may be well-founded. Potential pitfalls abound. But it's worth stressing that PGD doesn't entail creating designer babies. PGD just screens for what Nature has thrown up "naturally". True designer zygotes will certainly be an option to explore; but they aren't essential to pain-reduction.

Moreover, the biggest users of PGD aren't prospective parents in the developed western nations. Its biggest users are Indians and Chinese eager to prevent the misfortune of having a girl. Arguably our ethical priorities are skewed.

For now, adults seeking to banish pain from their lives are stuck with "analgesics" and narcotics. So-called analgesics are weak. Strong opioid painkillers have well-known problems of tolerance and dependence. Pain clinics exist "to help you manage your pain". Yet developments in gene-editing technologies will shortly allow mature humans to edit our own genetic source code. We'll be able to modulate our own pain thresholds, not just the pain-thresholds of our prospective children.

Studies have shown that people without the capacity for pain have shorter life expectancies compared to normally functioning people. Clearly, pain has a life preserving purpose. So, without it, how will we know if we're hurt or harming ourselves?

Just to be clear, a post-genomic world of minimal pain is not the same as a pain-free world. But if we want to phase out physical pain altogether, then its abolition needn't force us to embrace the cotton-wool existence of congenital analgesics. Instead, a regime of robust, healthy, pain-free life is technically feasible for us all.

Two long-term options for total pain-replacement deserve to be considered. One option is to replace the signalling role of pain as it exists today with information-signalling gradients of bodily well-being — with dips in bodily well-being signalling potentially noxious stimuli. Intuitively, mere dips in well-being wouldn't adequately motivate us to action. But empirically, this doesn't seem to be the case. Compare two people making love. Some aspects of lovemaking are more rewarding than others. Yet sensitive lovers can still respond and adapt to hedonic dips and peaks without ever finding their experience less than enjoyable. In principle, this lesson could be transposed to everyday life.

A more radical option for dealing with the problem of pain would be to replace the signalling role of the pleasure-pain axis in its entirety — for noxious stimuli, at any rate. This is because we could offload its current role in nociception onto smart prostheses. If equipped with smart sensors and smart prostheses, then you could painlessly and automatically withdraw your hand in the vicinity of a hot stove, say, before you inadvertently injure yourself. Or rather, your hand would withdraw automatically. Presumably, such technology would standardly be fitted with manual overrides to avoid any perceived loss of bodily autonomy.

Such enhancement technologies promise to make us "cyborgs". Not everyone finds the prospect of cyborgization appealing. Would your body software be licensed or owned? What if your body were hacked? Despite the potential snags in store, bioconservative critics might wish to reconsider their opposition to a world without pain next time they are writhing in agony. Either way, the point is that later this century the experience of phenomenal pain of any kind will become optional. Ethically speaking, we should be free to choose.

There's got to be some other trade-offs for losing the capacity for pain. Doesn't physical pain serve any other sort of purpose, such as building character or making us tougher, better — even more empathetic human beings?

Bioconservatives often quote a line from Nietzsche: "That which does not crush me makes me stronger." But alas pain often does crush people: physically, emotionally, morally. Chronic, uncontrolled pain tends to make the victim tired, depressed and weaker. True, some people are relatively resistant to physical distress. For example, high testosterone function may make someone "tougher", more "manly", more resilient, and more able to deal with physically painful stimuli. But such strength doesn't necessarily make the subject more empathetic or a better person. Indeed, if I may quote W. Somerset Maugham, "It is not true that suffering ennobles the character; happiness does that sometimes, but suffering, for the most part, makes men petty and vindictive." 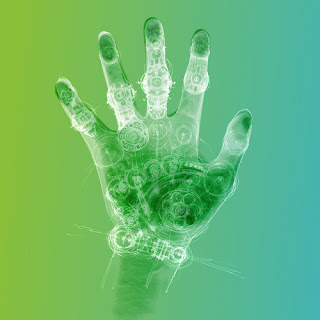 There is another possibility in terms of unanticipated side-effects: Won't we be more inclined to physically hurt or coerce people if they don't experience pain?

The infliction of physical pain is used by abusive regimes — and also by abusive parents — the world over to coerce the vulnerable. So conferring immunity to pain is more likely to promote resistance to coercion, not increased vulnerability. But phasing out the biology of physical pain is not some utopian blueprint for a perfect world, any more than the development of pain-free surgery was a panacea for the ills of the body.

Rather, the creation of a world without involuntary pain is a precondition for a civilized society.