Would It Be Boring If We Could Live Forever? 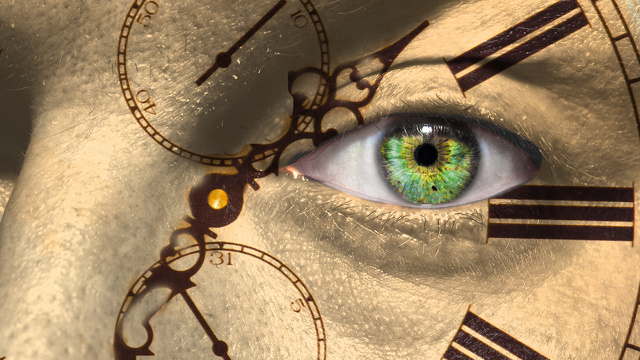 Some futurists predict that we'll be able to halt the aging process by the end of this century — if not sooner. The prospect of creating an ageless society is certainly not without its critics, with concerns ranging from the environmental through to the spiritual. One of the most common objections to radical life extension, however, is the idea that it would be profoundly boring to live forever, and that by consequence, we should not even attempt it.
So are the critics right? Let's take a closer look at the issue and consider both sides.
To help us make sense of the problem, we spoke to two experts who have given this subject considerable thought: Bioethicist Nigel Cameron, the President of the Center for Policy on Emerging Technologies, and philosopher Mark A. Walker, Assistant Professor and Richard L. Hedden Chair of Advanced Philosophical Studies at New Mexico State University.
It was through my conversations with them that I realized how difficult this question is to answer — mostly because no one has ever lived long enough to know. But given what's at stake, it's an issue certainly worth considering.
Now, before we get into the discussion, there are a couple of things to note.
First, this is not idle speculation. An increasing number of gerontologists, biologists, and futurists are predicting significant medical breakthroughs in the coming decades that could result in so-called ‘negligible senescence' — the indefinite prolongation of healthy human life.
And second, this discussion is limited to the question of boredom. Clearly, there are many other serious implications to radical life extension, but those are outside the scope of this article.
Boredom, Mortality, and the Meaningful Life
Most of us know what it feels like to be bored, and it's not pleasant. Thankfully, we're often able to change things up and move on to new experiences and settings. But what if things got so tedious and so repetitive that death actually seemed preferable? Given the potential for radically extended lives, could we risk being tired of literally everything — including life itself?

This is the concern of bioethicist Nigel Cameron who worries that extreme longevity will cause people to become listless and utterly dissatisfied with their existence owing to a complete lack of engagement, novelty — and purpose. It's the prospect of death, says Cameron, that spurs us to be motivated and to meaningfully engage in life. Living an exceedingly long life without the threat of death, he argues, will only impose meaninglessness to our lives.
Moreover, Cameron worries that extended lives will make an already bad situation even worse.
"If we assume an indefinite lifespan in a situation broadly similar to our present one," he told me, "the issue is not so much whether we would be bored as how most westerners, at least, would cope with the prospect when in our current situation they are already bored nearly to death — that's the baseline."
Cameron is concerned that we risk the extension of what are already exceedingly boring and diminished lives. "I am thinking of the blank expressions of reality TV viewers," he said, "and the bloated living corpses of Wall-E."
Chris Hackler, head of the Division of Medical Humanities at the University of Arkansas, agrees:

Let's face it, most peoples' jobs aren't all that fascinating. They put in a 9-to-5 and they're glad to have the weekend. So you wonder if having twice as much of this is a good thing, or if you'd get totally burned out.

Cameron makes the case that it's our mortality — and not necessarily the dearth of novelty — that contributes to a life worth living. "It is the prospect of our demise that gives richness and joy and anguish to each measure of our human experience, symbolized better than anywhere by the 'til death us do part' of the marriage ceremony," he told me. "To enjoy an indefinite human experience would require a willing commitment to constant reinvention, a kind of reincarnation, to which few current humans aspire."
Another concern is the suggestion that humans are not psychologically primed for living an indefinitely long life — that our psychologies didn't evolve to handle such long expanses of time and experiences. Cameron, like others, are worried that life would start to seem dull and without any kind of spontaneous spark. It would be dangerous and reckless, therefore, for us to go down that path.
It's All in Your Head
Boredom, along with the related condition of ennui (which is the general tiring of life), are at a fundamental level psychological conditions. While we can describe someone's life as being "boring", it's ultimately an emotional state that each of us feels.

It's because of this, says Dr. Mark Walker, that the question of boredom and extreme longevity must be framed as an empirical one. "There's only so much about psychology that you can figure out in your armchair," he told me. "We simply have no way of knowing if extreme boredom would kick-in after thousands or millions of years."
Walker notes that the elderly population don't tend to complain about being bored. He points to the example of Jean Calment who lived to be 122 years old, and was once quoted as saying, "I never get bored." And in fact, studies have shown that satisfaction with life increases with age. It's only when sickness and infirmary kicks in that most people lose their lust for life.
But satisfaction at 122 years of age is far removed from what a 1,222 year-old might feel like.
Walker is fairly convinced that some people will be bored in the future. "The larger question that needs to be asked," says Walker, "is if life could ever get so boring that death would be preferable?"
And indeed, Walker predicts that some people will get so profoundly tired of life that they will choose to opt out. "The unhappiest people may commit suicide," he says, "but the remaining people will be less likely to be dissatisfied with their lives." He contends that, as time goes by, a kind of self-selection effect will occur, resulting in a remaining population that's more impervious to boredom.
He also points to the realization that humans of the future will be something very unlike version 1.0. "By that stage," says Walker, "humans will have dramatically changed themselves."
And because boredom is an inherently psychological issue, he speculates that future humans will choose to deal with the condition from a neurological perspective. "I can imagine, for example, a way to compartmentalize memory, "he said, "by putting blocks around memories so that we can revisit experiences as if for the first time."
Essentially, Walker believes that we'll eventually develop the the technological means to overcome psychological boredom.
Walker advocates what he calls ‘experimental ethics.' His general sentiment is that we should give radical life extension a try and see what happens. We may very well discover that, after a certain period of time, people start to get weary of life and opt right out of it.
A Very Different Kind of Future
The bigger issue, however, is whether or not the threat of boredom is so severe that we should forgo the radical life extension project altogether.
Given that we all deal with boredom from time-to-time, and that most of us are able to move on in life, the concern may be dramatically overstated. Or perhaps Cameron is right, and that prolonged lives will be stripped of meaning and purpose.
That said, it's important to note that radical life extension does not imply immortality. No matter how advanced our medical technologies get, people will always be subject to traumatic deaths and other unforeseen accidents. We won't be able to bring everybody back. Life, therefore, will always have a certain degree of uncertainty to it.

Moreover, the future is likely to present an entirely new set of experiences and opportunities far more diverse than what we're accustomed to today. Extreme longevity will likely be accompanied by other forms of human augmentation (such as intelligence and heightened emotional states), along with a dazzling array of technological gadgetry to keep us all titillated. In fact, a strong case can be made that, even today, we are a society that's so wired in that we very rarely have an opportunity to be bored. The future could very well extend our levels of engagement to even new heights (for better or worse).
Lastly, it's worth noting that the human mind, even in its current configuration, is capable of conjuring up a tremendously large number of variable mental states. Writing in The Blank Slate, neuroscientist Steven Pinker has suggested that the human brain is capable of generating and experiencing an infinite number of thoughts:

With a few thousand nouns that can fill the subject slot and a few thousand verbs that can fill the predicate slot, one already has several million ways to open a sentence. The possible combinations quickly multiply out to unimaginably large numbers. Indeed, the repertoire of sentences is theoretically infinite, because the rules of language use a trick called recursion. A recursive rule allows a phrase to contain an example of itself, as in She thinks that he thinks that they think that he knows and so on, ad infinitum. And if the number of sentences is infinite, the number of possible thoughts and intentions is infinite too, because virtually every sentence expresses a different thought or intention.

All this said, the question of boredom as it pertains to radical life extension will have to remain unanswered for now. But regardless of where one stands on the issue, the future, it would seem, will be anything but dull.
This article originally appeared at io9.
Top image via Semmick Photo/Shutterstock.com. Inset images courtesy Nigel Cameron, Mark Walker, and Mondolithic Studios.
Posted by George at 3/23/2013