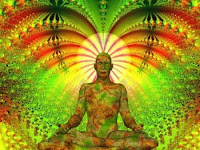 Here's my response to The Contrarian's article, "Buddhism vs Transhumanism."

Regarding your statement, "Buddhism seeks to improve conditions not through transcendence, but rather acceptance," one must acknowledge the need to accept things when they are beyond our control.

Consequently, as compassionate Buddhists who are concerned about not just the suffering of all sentient life, but the optimization of subjective experience as well, we are motivated to work to find solutions that put as much control into our hands as possible. Buddhism does not imply passivity.

Also, transhumanism, as a form of applied science and technology, is an epistemological tool whose proponents seek to find the true nature (and alternate modes) of being and existence. That's also the goal of Buddhism -- the seeking of the true nature of reality.

And finally, one of my favourite Dalai Lama quotes (which I'm sure you've already read): "My Tibetan goals are the same as those of Western science: to serve humanity and to make better human beings."

I've been invited as a featured guest for this coming Sunday's Immortality Institute chat. It'll all get started tomorrow (Sunday 18-Nov) at 7:30 EST.

I'll be talking about my recent appointment as the editor-in-chief of Betterhumans and the next phase of the site. I'll also be addressing various ethical components of radical life extension. Hope to see you in the chat room. 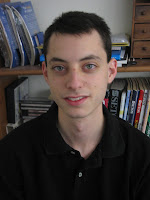 The Toronto Transhumanist Association is proud to announce the appointment of Justin Trottier to the position of acting Executive Director as of November 12, 2007.

Mr. Trottier will work closely with George Dvorsky, the President of the TTA, as he works to manage its operations and oversee its growth. He will also engage in public outreach and collaborate with Mr. Dvorsky to establish a strong leadership base. With the addition of Mr. Trottier, the TTA is in a better position to support transhumanists in the Greater Toronto Area and work to be a powerful, rational, pro-technology force for effecting positive change.

The TTA is an official chapter of the World Transhumanist Association and was founded by Dvorsky and Simon Smith in 2002.

A graduate of Engineering Science (nanoengineering option) from the University of Toronto, Trottier is a long-time organizer and activist whose passion for science and technology has led him to transhumanism and the TTA.

He is the founder and executive director of the Centre for Inquiry Ontario, Canada's first venue promoting reason, science, free inquiry and secular humanism, through which he has had television appearances on CBC, CTS, OMNI, CH and CityTV, as well as dozens of radio appearances and coverage in campus, metropolitan and national newspapers, including The Globe and Mail, the National Post, the Ottawa Citizen and the Toronto Star.

Mr. Trottier is a contributor to Humanist Perspective and Free Inquiry magazines and is on the editorial board of the Canadian Freethinker.

For more information about the Toronto Transhumanist Association, please contact Justin Trottier or George Dvorsky.
Posted by George at 11/17/2007 1 comment:

Symptom of the modern age

The fact that this type of software exists and that I could actually benefit from it is very disturbing to me. How about you guys? Is this a symptom of the modern age where every minute of our lives is accounted for? And then some?
Posted by George at 11/16/2007 3 comments:

Announcing the next phase of Betterhumans

[Cross-posted from my blog at BH]


We’ve made some changes at Betterhumans.

Some have already happened, while others are still in the works. More importantly, despite our varied and (at times) inconsistent past, it’s fair to say that the best is yet to come; we are about to embark on an exciting next phase for Betterhumans. And this time, we have the resources to bring some of our wildest ideas to life.

To this end, I have taken on the role of editor-in-chief of Betterhumans. Many of you know me from previous contributions, and from my work with the World Transhumanist Association, Institute for Ethics and Emerging Technologies, and Sentient Developments blog. I am now also responsible for the day-to-day management of Betterhumans, working to ensure that we produce quality content that reflects its mission.

As for Simon Smith, Betterhumans' former editor-in-chief, he has moved into the role of publisher. Here, he's working to grow the site, set direction, build partnerships and sponsorships, and generally ensure that we create and achieve long-term goals.

These changes were made possible by the advent of Commune Media, of which Betterhumans is now a wholly owned publication. Commune is a communications agency that helps companies use science and technology for positive change. Simon is the company's principal and I manage its operations. We decided recently that it made sense to bring Betterhumans under Commune, as this would provide greater resources for Betterhumans while in turn helping promote Commune's expertise. And now we have some big plans for Betterhumans over the coming months.

But before I get into the future of Betterhumans, let’s take a quick look at its past.

Simon founded Betterhumans in 2001 and I joined him less than a year later as deputy editor. We quickly developed the site and attracted a loyal following. Regular content featured editorials from key movers and shakers in the various futurist and progressive movements. We regularly published book reviews, interviews, encyclopedic articles and the latest news in human biotechnology and progress.

It was a thing of beauty, but given our volunteer workforce, it couldn't last.

This model, while very effective, proved difficult to manage given limited resources. Consequently, our next focus was on creating a community centered site to which members could contribute a good share of the content, namely through the development of user forums and member blogs. This strategy had its pluses and minuses, and we eventually recalibrated and re-worked the site such that it combined more traditional editorial practices with community driven material.

Which is where we find Betterhumans today. Admittedly, it's less than ideal. We recognize that the site is lacking in dynamic, exciting and cutting-edge content and services. But that's going to change soon in a very big way.

We're proud to announce that we are already working on the next phase of Betterhumans, which we hope to launch in January 2008.

While we’re not ready to give away too many details just quite yet, I can say that the changes aren’t going to be subtle. We’re re-inventing Betterhumans once again. And this time, we have the resources to make and sustain changes that honestly make us howl with excitement.

Stay tuned for more information over the coming weeks.
Posted by George at 11/13/2007 1 comment:

Email ThisBlogThis!Share to TwitterShare to FacebookShare to Pinterest
Labels: betterhumans

What does transhumanism mean to you? 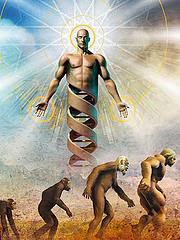 I like the going definition of transhumanism which proclaims that human beings can and should seek biological enhancement, whether it be physical or cognitive traits, and/or the advent of new capacities all together.

I find this definition inadequate, however, in that it does not hint at the developmental inevitability of human enhancement. This is where I and many other thinkers diverge -- and that's fine; it's a locus point for debate. For me, being a transhumanist is not so much about promoting an enhanced or post-biological existence -- it's about raising awareness and working to manage the process such that the outcomes will be both predictable and desirable.

So, what does transhumanism mean to you?

Please use the comments section to share your thoughts.
Posted by George at 11/07/2007 11 comments:

My sci-fi DVD collection is coming along nicely

Here's a list of my science fiction film collection (all on DVD):