Why You Should Upload Yourself to a Supercomputer 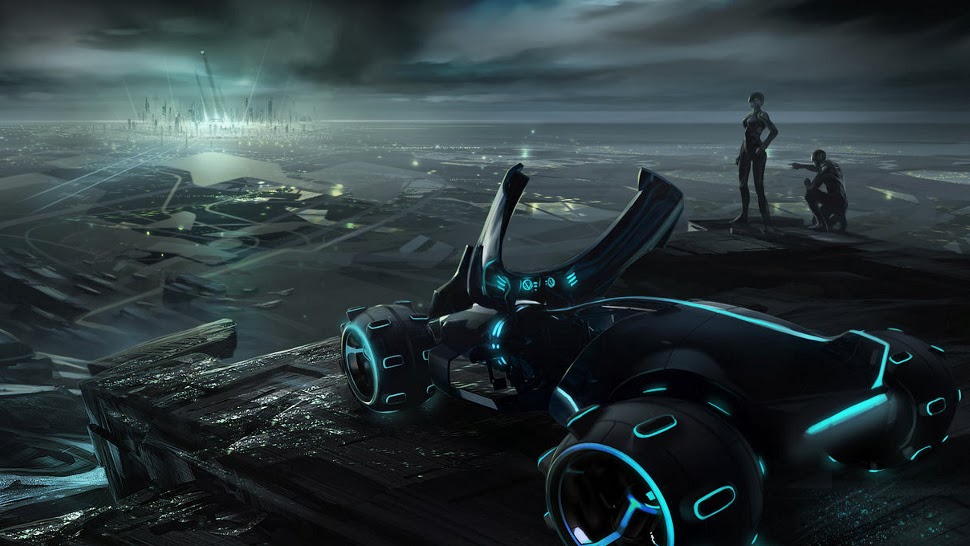 We're still decades — if not centuries — away from being able to transfer a mind to a supercomputer. It's a fantastic future prospect that makes some people incredibly squeamish. But there are considerable benefits to living a digital life. Here's why you should seriously consider uploading.

As I've pointed out before, uploading is not a given; there are many conceptual, technological, ethical, and security issues to overcome. But for the purposes of this Explainer, we're going to assume that uploads, or digital mind transfers, will eventually be possible — whether it be from the scanning and mapping of a brain, serial brain sectioning, brain imaging, or some unknown process.

Indeed, it's a prospect that's worth talking about. Many credible scientists, philosophers, and futurists believe there's nothing inherently intractable about the process. The human brain — an apparent substrate independent Turing Machine — adheres to the laws of physics in a material universe. Eventually, we'll be able to create a model of it using non-biological stuff — and even convert, or transfer, existing analog brains to digital ones.

So, assuming you'll live long enough to see it — and muster up the courage to make the paradigmatic leap from meatspace to cyberspace — here's what you have to look forward to:

An End to Basic Biological Functions

Once you're living as a stream of 1's and 0's you'll never have to worry about body odor, going to the bathroom, or having to brush your teeth. You won't need to sleep or have sex — unless, of course, you program yourself such that you'll both want and need to do these things (call it a purist aesthetic choice).

At the same time, you won't have to worry about rising cholesterol levels, age-related disorders, and broken bones. But you will have to worry about viruses (though they'll be of a radically different sort), hackers, and unhindered access to processing power.

The end of an organic, biological human life will offer the potential for an indefinitely long one. For many, virtual immortality will be the primary appeal of uploading. So long as the supercomputer in which you reside is secure and safe (e.g. planning an exodus from the solar system when the Sun enters into its death throes), you should be able to live until the universe collapses in the Big Rip — something that shouldn't happen for another 22 billion years.

I spoke to futurist John Smart about this one. He's someone who's actually encouraging the development of technologies required for brain preservation and uplift. To that end, he's the Vice President of the Brain Preservation Foundation, a not-for-profit research group working to evaluate — and award — a number of scanning a preservation strategies.

Smart says it's a good idea to create an upload as a backup for your bioself while you're still alive.

"We are really underthinking the value of this," he told io9. "With molecular-scale MRI, which may be possible for large tissue samples in a few decades, and works today for a few cubic nanometers, people may do nondestructive self-scanning (uploading) of their brains while they are alive, mid- to late-21st century."

Smart says that if he had such a backup on file, he would be far more zen about his own biological death.

"I could see whole new philosophical movements opening up around this," he says. "Would you run your upload as an advisor/twin while you are alive? Or just keep him as your backup, to boot up whenever you choose to leave biolife, for whatever personal reasons? I think people will want both choices, and both options will be regularly chosen."

Making Virtually Unlimited Copies of Yourself

Related to the previous idea, we could also create an entire armada of ourselves for any number of purposes. 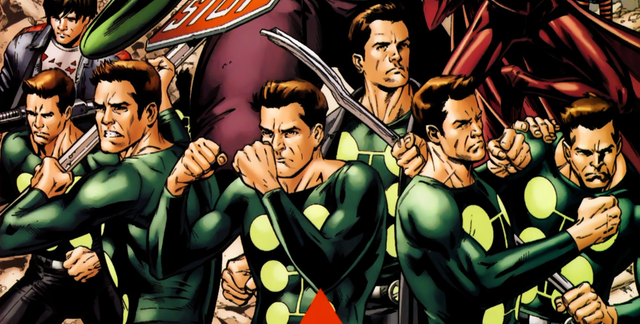 "The ability to make arbitrary numbers of copies of yourself, to work on tough problems, or try out different personal life choice points, and to reintegrate them later, or not, as you prefer, will be a great new freedom of uploads," says Smart. "This happens already when we argue with ourselves. We are running multiple mindset copies — and we must be careful with that, as it can sometimes lead to dissociative personality disorder when combined with big traumas — but in general, multiple mindsets for people, and multiple instances of self, will probably be a great new capability and freedom."

Smart points to the fictional example of Jamie Madrox, aka Multiple Man, the comic book superhero who can create, and later reabsorb, "dupes" of himself, with all their memories and experiences.

Aside from indefinite lifespans, this may be one of the sweetest aspects of uploading. Living in a supercomputer would be like Neo operating in Bullet Time or small animals who perceive the world in slow-motion relative to humans. Living in a supercomputer, we could do more thinking, get more done, and experience more compared to wetware organisms functioning in "real time." And best of all, this will significantly increase the amount of relative time we can have in the Universe before it comes to grinding halt.

"I think the potential for increased clock speeds is the central reason why uploads are the next natural step for leading edge intelligence on Earth," says Smart. "We seem to be rushing headlong to virtual and physical "inner space."

Uploading is also environmentally friendly, something that could help us address our perpetually growing population — especially in consideration of radical life extension at the biological level. In fact, transferring our minds to digital substrate may actually be a matter of necessity. Sure, we'll need powerful supercomputers to run the billions — if not trillions — of individual digital experiences, but the relatively low power requirements and reduced levels of fossil fuel emissions simply can't compare to the burden we impose on the planet with our corporeal civilization.

It'll also be easier to enhance our intelligence when we're purely digital. Trying to boost the cognitive power of a biological brain is prohibitively difficult and dangerous. A digital mind, on the other hand, would be flexible, robust, and easy to repair. Augmented virtual minds could have higher IQ-type intelligence, enhanced memory, and increased attention spans. We'll need to be very careful about going down this path, however, as it could lead to an out-of-control transcending upload — or even insanity.

Uploads will also enable us to engineer and assume any number of alternative psychological modalities. Human experience is currently dominated by the evolutionary default we call neurotypicality, though outliers exist along the autistic spectrum and other so-called psychological "disorders." These customized cognitive processing frameworks will allow uploaded individuals to selectively alter the specific and unique ways in which they absorb, analyze, and perceive the world, allowing for variation in subjectivity, social engagement, aesthetics, and biases. These frameworks could also be changed on the fly, allowing uploads to change their frameworks depending on the context. Or just to try it out and feel like another person.

Somewhat related to the last one, uploaded individuals will also be able to monitor, regulate, and choose the state of their subjective well-being and emotional state, including levels of happiness. 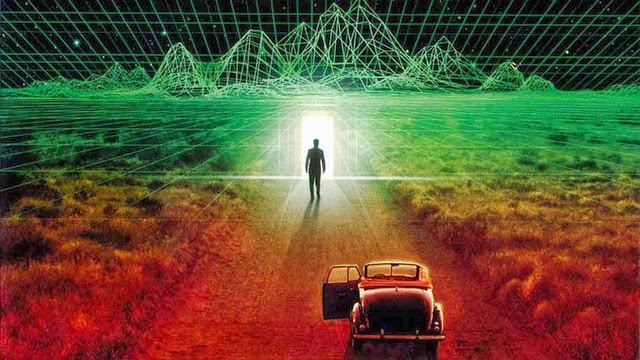 Uploads could default to the normal spectrum of human emotion, or choose to operate within a predefined band of emotional variability — including, more conceptually, the introduction of new emotions altogether. Safety mechanisms could be built-in to prevent a person from spiraling into a state of debilitating depression — or a state of perpetual bliss, unless that's precisely what the upload is seeking.

The ability to link biological minds to create a kind of technologically-enabled telepathy, or techlepathy, is probably possible. But as I've pointed out before, it'll be exceptionally difficult and messy. A fundamental problem will be to translate signals, or thoughts, in a sensible way such that each person in the link-up has the same mental representation for a given object or concept. This translation problem could be overcome by developing standard brain-to-brain communication protocols, or by developing innate translation software. And of course, because all the minds are in the same computer, establishing communication links will be a breeze.

Quite obviously, uploads will be able to live in any number of virtual reality environments. These digital worlds will be like souped-up and fully immersive versions of Second Life or World of Warcraft. But why limit ourselves to the physics of the Known Universe when we can tweak it any number of ways? Uploads could add or take away physical dimensions, lower the effect of gravity, increase the speed of light, and alter the effects of electromagnetism. All bets are off in terms of what's possible and the kind of experiences that could be had. By comparison, life in the analog world will seem painfully limited and constrained.

Downloading to an External Body

Now, just because you've uploaded yourself to a supercomputer doesn't mean you have to stay there. Individuals will always have the option of downloading themselves into a robotic or cyborg body, even if it's just temporary. But as portrayed in Greg Egan's scifi classic, Diaspora, these ventures outside the home supercomputer will come with a major drawback — one that's closely tied to the clock speed issue: Every moment a person spends in the real, analog world will be equivalent to months or even years in the virtual world. Subsequently, you'll need to be careful about how much time you spend off the grid.

As futurist Giulio Prisco has noted, it probably makes most sense to send uploaded astronauts on interstellar missions. He writes:

The very high cost of a crewed space mission comes from the need to ensure the survival and safety of the humans on board and the need to travel at extremely high speeds to ensure it's done within a human lifetime. One way to overcome that is to do without the wetware bodies of the crew, and send only their minds to the stars - their "software" — uploaded to advanced circuitry, augmented by AI subsystems in the starship's processing system...An e-crew — a crew of human uploads implemented in solid-state electronic circuitry — will not require air, water, food, medical care, or radiation shielding, and may be able to withstand extreme acceleration. So the size and weight of the starship will be dramatically reduced.

This article originally appeared at io9.
Posted by George at 2/17/2014