Matt Lamkin says a ban on cognitive enhancers is not cool 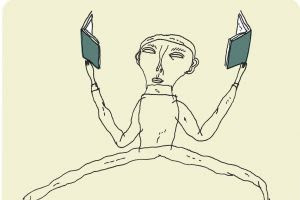 Lawyer and bioethicist Matt Lamkin makes the case that a ban on brain-boosters is not the answer:


While rates of drinking among college students have been relatively steady in recent years, nontherapeutic use of prescription drugs has soared—now second only to marijuana as a form of illicit drug use. Research by Alan D. DeSantis, a professor of communication at the University of Kentucky who has studied ADHD-stimulant use in fraternities, suggests that 34 percent of the university's undergraduates have used stimulants like Ritalin and Adderall as study aids. According to DeSantis, that number rises the longer students are in college, and nearly 60 percent of Kentucky's juniors and seniors have used "neuroenhancers."

Concerned observers of this trend, most notably at Britain's Academy of Medical Sciences, have characterized the use of "study drugs" as a form of cheating, akin to the use of steroids in sports. Having diagnosed the problem as an issue of unfair competition, the academy has called on universities to consider banning the use of cognition-enhancing drugs by healthy students. This past October, Wesleyan University did just that, amending its student code of conduct to recognize "misuse" of prescription drugs as a violation of the college's prohibition against receiving "improper assistance" in completing academic work.


[C]olleges need to encourage students to engage in the practice of education rather than to seek shortcuts. Instead of ferreting out and punishing students, universities should focus on restoring a culture of deep engagement in education, rather than just competition for credentials...

...If universities instead choose to enact blanket prohibitions on the use of study drugs by healthy students, it would be more sensible to enforce such a policy through honor codes than through measures such as urine testing, as the Academy of Medical Sciences has proposed. Unlike a policing approach, honor codes ask students to internalize values that are important to education and to character in general. Although students who violate honor codes face sanctions, the primary aim is not to deter improper conduct with threats, but to persuade students that to breach the code is to betray themselves. If colleges believe that enhancing cognition with drugs deprives students of the true value of education, they must encourage students to adopt that value as their own.