Economist: War in the Fifth Domain 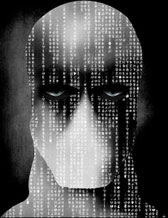 The latest cover article of The Economist poses the question: are the mouse and keyboard the new weapons of conflict?

Important thinking about the tactical and legal concepts of cyber-warfare is taking place in a former Soviet barracks in Estonia, now home to NATO’s “centre of excellence” for cyber-defence. It was established in response to what has become known as “Web War 1”, a concerted denial-of-service attack on Estonian government, media and bank web servers that was precipitated by the decision to move a Soviet-era war memorial in central Tallinn in 2007. This was more a cyber-riot than a war, but it forced Estonia more or less to cut itself off from the internet.

Similar attacks during Russia’s war with Georgia the next year looked more ominous, because they seemed to be co-ordinated with the advance of Russian military columns. Government and media websites went down and telephone lines were jammed, crippling Georgia’s ability to present its case abroad. President Mikheil Saakashvili’s website had to be moved to an American server better able to fight off the attack. Estonian experts were dispatched to Georgia to help out.

Many assume that both these attacks were instigated by the Kremlin. But investigations traced them only to Russian “hacktivists” and criminal botnets; many of the attacking computers were in Western countries. There are wider issues: did the cyber-attack on Estonia, a member of NATO, count as an armed attack, and should the alliance have defended it? And did Estonia’s assistance to Georgia, which is not in NATO, risk drawing Estonia into the war, and NATO along with it?

Such questions permeate discussions of NATO’s new “strategic concept”, to be adopted later this year. A panel of experts headed by Madeleine Albright, a former American secretary of state, reported in May that cyber-attacks are among the three most likely threats to the alliance. The next significant attack, it said, “may well come down a fibre-optic cable” and may be serious enough to merit a response under the mutual-defence provisions of Article 5.

Email ThisBlogThis!Share to TwitterShare to FacebookShare to Pinterest
Labels: cyber-warfare