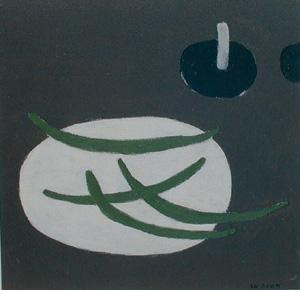 Beans on a plate with mushrooms 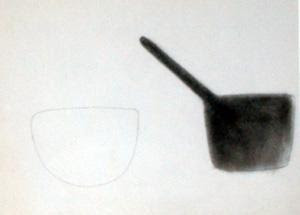 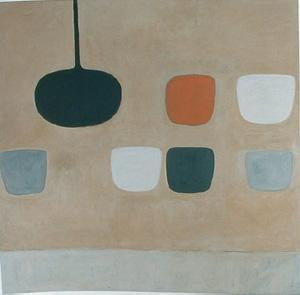 The art of Fred Harper 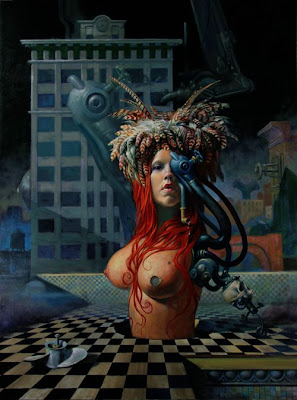 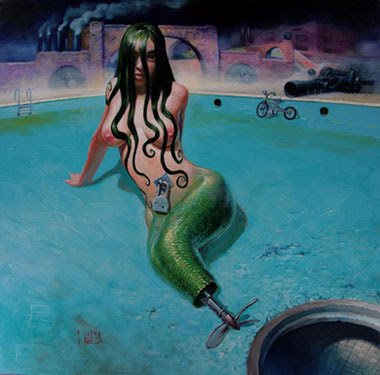 Science fiction author Warren Ellis has written a short and typically trite blog post about what he calls The NerdGod Delusion -- an attack against those who make the case for a technological Singularity:

The Singularity is the last trench of the religious impulse in the technocratic community. The Singularity has been denigrated as "The Rapture For Nerds," and not without cause. It’s pretty much indivisible from the religious faith in describing the desire to be saved by something that isn’t there (or even the desire to be destroyed by something that isn’t there) and throws off no evidence of its ever intending to exist. It’s a new faith for people who think they’re otherwise much too evolved to believe in the Flying Spaghetti Monster or any other idiot back-brain cult you care to suggest.

Vernor Vinge, the originator of the term, is a scientist and novelist, and occupies an almost unique space. After all, the only other sf writer I can think of who invented a religion that is also a science-fiction fantasy is L Ron Hubbard.

Wow, sounds like Warren has some special knowledge of his own. I certainly hope that, aside from this vacuous and inflammatory post, that he'll begin to share some of his expert views into AI theory and the potential for machine minds.

With the bold claim that there is "no evidence" to support the suggestion that SAI is engineerable, I'll have to assume that he's engaged the principle thinkers on the matter and offered sufficient critique to dismiss their findings outright -- thinkers like Eliezer Yudkowsky, Ben Goertzel, Hugo de Garis, and the many others devoted to the problem.

Otherwise, why should we take Ellis seriously? Or are we expected to take his position on mere faith alone?

The day is coming, my friends, when Singularity denial will seem as outrageous and irresponsible as the denial of anthropogenic global warming. And I think the comparison is fair; environmentalists are often chastised for their "religious-like" convictions and concern. It's easy to mock the Chicken Littles of the world.

And like the foot-dragging on climate change, there are consequences to inaction. The bogus and unfair memetic linkage between millenarian beliefs and the Singularity is a dangerous one, and the sooner this association is severed the better.

As I see it, there are four strategies to help us normalize the Singularity debate:

(1) We need to better promote and engage respected thinkers and public intellectuals who are sympathetic to the issue -- key figures like Ray Kurzweil, Robin Hanson, Nick Bostrom, Marvin Minsky, etc.

(2) A new generation of public figures is required -- renowned individuals who are willing to a) put their reputations at stake and b) use their popularity/credibility to raise awareness and help with foresight.

(3) Continue to frame the issue as a scientific endeavor and pitch the various scenarios as hypotheses; we need to keep the language within the scientific vernacular.

(4) Let the critics have it and show them no quarter. Particularly when their denial is mere contradiction and driven by sheer incredulity. We need to force them to better articulate their positions while defending our own with as much evidence can be mustered.

And in the meantime, don't buy into Ellis's empty anti-Singularity rhetoric, which is all that it really is.