Nick Bostrom: "Why I hope the search for extraterrestrial life finds nothing." 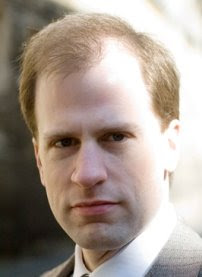 Because he understands the Fermi Paradox.

Or more accurately, he understands the implications of the Fermi Paradox and The Great Silence.

Because the Galaxy appears uncolonized and unperturbed by intelligent life, and because there has been ample time and motive for this to happen, we have to conclude that some kind of filter is in place that prevents life from arriving at this advanced phase.

In his recent article for Technology Review, Bostrom writes:

...the evolutionary path to life-forms capable of space colonization leads through a "Great Filter," which can be thought of as a probability barrier...The filter consists of one or more evolutionary transitions or steps that must be traversed at great odds in order for an Earth-like planet to produce a civilization capable of exploring distant solar systems. You start with billions and billions of potential germination points for life, and you end up with a sum total of zero extraterrestrial civilizations that we can observe. The Great Filter must therefore be sufficiently powerful--which is to say, passing the critical points must be sufficiently improbable--that even with many billions of rolls of the dice, one ends up with nothing: no aliens, no spacecraft, no signals. At least, none that we can detect in our neck of the woods.

We are hoping that the filter resides in our past, that we have already overcome highly improbable odds.

More disturbingly, however, it's likely that the Great Filter still awaits us in the future. There's some kind technologically instigated event that exists out there -- and no species can avoid it.

Throughout history, great civilizations on Earth have imploded--the Roman Empire, the Mayan civilization that once flourished in Central America, and many others. However, the kind of societal collapse that merely delays the eventual emergence of a space-colonizing civilization by a few hundred or a few thousand years would not explain why no such civilization has visited us from another planet. A thousand years may seem a long time to an individual, but in this context it's a sneeze. There are probably planets that are billions of years older than Earth. Any intelligent species on those planets would have had ample time to recover from repeated social or ecological collapses. Even if they failed a thousand times before they succeeded, they still could have arrived here hundreds of millions of years ago.

The Great Filter, then, would have to be something more dramatic than run-of-the mill societal collapse: it would have to be a terminal global cataclysm, an existential catastrophe. An existential risk is one that threatens to annihilate intelligent life or permanently and drastically curtail its potential for future development. In our own case, we can identify a number of potential existential risks: a nuclear war fought with arms stockpiles much larger than today's (perhaps resulting from future arms races); a genetically engineered superbug; environmental disaster; an asteroid impact; wars or terrorist acts committed with powerful future weapons; super­intelligent general artificial intelligence with destructive goals; or high-energy physics experiments. These are just some of the existential risks that have been discussed in the literature, and considering that many of these have been proposed only in recent decades, it is plausible to assume that there are further existential risks we have not yet thought of.

Bostrom, who is the director of the Future of Humanity Institute at the University of Oxford, concludes his article by making a case for increased foresight and vigorous inquiry into potential risks.

But even so, Bostrom asks, what makes us think we'd be immune to such a powerful filter?

Which is why, when he looks up at the stars, he is thankful that we have yet to see any signs of extraterrestrial life.

I read the article and found some odd leaps in logic. When I have time and energy I will write a rebuttal, though it may not be for a while.

Looking at some of your recent posts, it is fun to combine themes. For example, life extension is a gret deal for the individual and not such a great deal for the species.

If we guard our longevity closely we would never risk leaving the planet or even sending robots that could be traced back.

Wait, I'm confused.
So he's thankful when he sees no evidence of extraterrestrial intelligence, yet that very absence of evidence provides the basis for the Great Filter theory.

Is there an intermediate conclusion somewhere in there that I'm not recognizng?

Having the same problem as Chris.

Cliff, the longer we go without seeing signs of ETIs, and the further we advance as a species, the more we can assume that the Great Filter is behind us.

If we start colonizing star systems with great frequency, then we'll know for certain that the Filter is behind us.

If, however, we discover ET farting around a solar system or two, we know there's big trouble ahead -- something's still lurking out there that prevents a civilization from going about outright galactic colonization.

So it's about "outright colonization," and not just communication? What if the Great Filter prevents interstellar/species dialogue? Perhaps civs cannot reach a sufficient technological platform to make this a reality.

I imagine our species could suffer an extinction well before the colonization point, and possibly still before our long-distance communications/observation goals are realized. The question is, which type of contact comes first?

George: I'm not convinced that finding an ET civilization around another star would be the worst thing ever.
Preventing outright colonization does not necessarily translate to extermination, and the ET species could be a sign that the Filter allows continued existence.


Also, "the further we advance as a species, the more we can assume that the Great Filter is behind us" seems like a fishy statement. As you've pointed out before, our greater technological ability leads to greater probability of disaster - nuclear holocaust, rampant black hole, unstoppable nanophage, environmental collapse, etc.
The logical conclusion would be, rather, that the more we advance as a species, the closer we draw to the Great Filter, whether it is inherent to intelligence or some external condition imposed by another intelligence.

Cliff, the Fermi Paradox was given added strength in the 1970s with the whole Von Neumann replicator thing. A realization hit that Galactic colonization would be a rather pedestrian exercise given self-replicating probes -- something in the order of 10 million years or so. Which is a short amount of time given the age of the Galaxy.

So, the question remains, why hasn't even one civ over-run the Galaxy in this way? This argument is what really fuels the FP these days.

Thus, there is something that prevents a civilization from doing this -- the so-called Great Filter.

To be honest with you, I don't think we'd ever encounter an ET that's hopping from solar system to solar system. The technological know-how to engage in this kind of project is arguably more advanced than the act of disseminating Von Neumann probes.

I understand the Great Paradox and the Von Neumann machines - your blog in particular is a good place for finding information on these concepts.

I suppose I should have just agreed with Athena: I see some odd leaps of logic here.