IEET launches program to further the rights of nonhuman persons 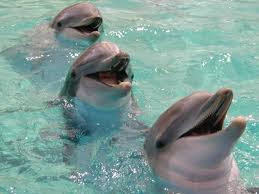 With the help from the Institute for Ethics and Emerging Technologies, I've finally got my non-human persons rights project off the ground. Today's announcement from the IEET:


The Institute for Ethics and Emerging Technologies has announced a new program, Rights of Non-Human Persons, that will argue in favor of applying human-level rights to certain other species.

“Defense of human rights, applied as fully as possible, is one of our core principles,” said IEET Executive Director James Hughes. “As our understanding of what constitutes a ‘person’ continues to grow and change, we’re convinced it is time to expand that definition.”

George Dvorsky, a Canadian futurist and bioethicist who serves on the IEET’s Board of Directors, will head the new program on Rights of Non-Human Persons.

“It is increasingly clear that some non-human animals meet the criteria of legal personhood, and thus are deserving of specific rights and protections,” said Dvorsky. “Recent scientific research has revealed more about animal cognition and behavior than ever before, so we really have no choice but to take this prospect seriously.”

This new initiative will be included within the broader Rights of the Person program, managed by Kristi Scott. “The general thrust of human history is toward the progressive inclusion of previously marginalized individuals and groups,” said Scott. “Now we’re reaching the point where this imperative compels us to cross the species barrier so we can protect some of the most vulnerable and exploited animals on the planet.”

“Species like bonobos, elephants, dolphins, and others most certainly fall into a special class of beings, namely those deserving of the personhood designation,” added Dvorsky. “While we might recognize this instinctually, or even scientifically, it’s time we start to recognize this in the legal sense.”

“The Institute for Ethics and Emerging Technologies is well positioned to work on behalf of this cause,” said Hughes. “Philosophically, the IEET has always recognized the value of looking beyond mere human-ness when it comes to our consideration of ethics and morals. With our non-anthropocentric approach to personhood and our impressive body of advisors, the IEET will work actively to promote the idea of legal non-human personhood and see it come to fruition.”

Owing to advances in several fields, including the neurosciences, it is becoming increasingly obvious that the human species no longer can ignore the rights of non-human persons. A number of non-human animals, including the great apes, cetaceans (i.e. dolphins and whales), elephants, and parrots, exhibit characteristics and tendencies consistent with that of a person—traits like self-awareness, intentionality, creativity, symbolic communication, and many others. It is a moral and legal imperative that we now extend the protection of ‘human rights’ from our species to all beings with those characteristics.

The Institute for Ethics and Emerging Technologies, as a promoter of non-anthropocentric personhood ethics, defends the rights of non-human persons to live in liberty, free from undue confinement, slavery, torture, experimentation, and the threat of unnatural death. Further, the IEET defends the right of non-human persons to live freely in their natural habitats, and when that’s not possible, to be given the best quality of life and welfare possible in captivity (such as sanctuaries).

Through the Rights of the Non-Human Person program, the IEET will strive to:

Wow, realy nice! I fully support this, a life of a dolphin (or any other of that kind for that matter) deserves the same respect and honor.

This is a very interesting position to take, and I support it, but I would point out that human medical research does take place under that principle of informed consent. So research on these nonhuman persons can continue where informed consent is able to be obtained.

But if a credible way nonhuman person to acknowledge informed consent or informed dissent is not possible, might that be used to argue that they are not nonhuman persons? It seems like a dilemma to me.

I've been pondering via: "The Thought Experiment" http://whisperingplanet.com/thought_experiment
which explores what an alien with developed awareness of ecosystem sustenance would think of us humans.

In my pondering it reveals how we are all merely part of the ecosystem not recognizing something very important centered around our arrogance of separating ourselves from other cross nurturing species in our ecosystem. I ponder on what is the reason for our dis-ease in recognizing that we are not really separate from all other species nor more important than the other species in the ecosystem? Question, if all bees became extinct where would the rest of the ecosystem species be vs. if all humans became extinct?

Something for some readers to question and think about: What is it about our human autonomy, only a concept held within the ecosystem. Where only in human creatures, is there this self-defining need, the need of separation from all species in the larger living ecosystem. Yes, and now there are some of us not merely distinguishing ourselves from other species but relating it to at least some other that is recognizably close in behavior, only? I ask, isn't our very "humanness" an illusion, a phenomenon of enhance recognition and some disease taking place within the engagement and attachments in the over all ecosystem? We survive in a network of relationships with other human beings and all other species of this planet in a fine balance of cross nurturing in maintaining a divine balance of the overall living ecosystem (our living planet-our living galaxy-universe and all in reality systems within systems). As of today we can only sustain in one of these systems). In a system where each knot of individuality is bound to the next, creating the social & cross nurturing fabric in which our very being-hood/livelihood has true existence. Isolating any individual species from the overall ecosystem is an illusion. If we unravel these cross nurturing / social contacts (connections) the knots disappear that bind our ecosystem sustenance.

Never forget to create your own thought experiments, step out of your mere human filters, and imagine what you might recognize, you might discover - there is much more to recognize i.e., attachments and knots to this whole divine living system are before you.

For more discussion about whether cetaceans are nonhuman persons, feel free to check out:
www.indefenseofdolphins.com and
www.cetaceanrights.org.
Thomas White