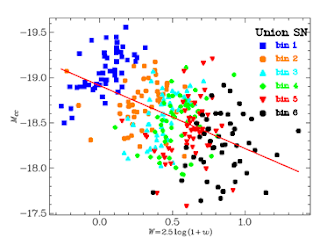 A growing number of cosmologists are becoming increasingly dissatisfied (or is that frustrated?) with the Big Bang Theory. One such person is David F. Crawford who recently posited a static theory of the universe which he claims better explains the properties of the cosmos than the Big Bang and avoids the nagging problems of dark matter and dark energy.

The idea that the universe began in an event called the Big Bang some 13 billion years ago has a special place in science and in our society. We like the idea of a beginning.

And the evidence is persuasive. Distant galaxies all appear to be moving away from us at great speed, which is exactly what you'd expect if they were created in a Big Bang type event many billions of years ago. Such an event might also have left an echo, exactly like the one we can see as the cosmic microwave background radiation.

The Big Bang seems so elegant an explanation that we're prepared to overlook the one or two anomalies that don't quite fit, like the fact that distant galaxies aren't travelling fast enough to have moved so far since the Big Bang, a problem that inflation was invented to explain. Then there are the problems of dark matter and dark energy, which still defy explanation.

So a legitimate question, albeit an uncomfortable one, is whether there is an alternative hypothesis that also explains the observations. We looked at one here and today, David Crawford at the University of Sydney in Australia gives us another. He says all this can be explained just as well by a static universe in which spacetime is curved. He says this explains most of the major characteristics of our universe without the need for dark matter or dark energy. Neither is there any need for inflation in a static universe.

There have been 3 general models of the universe - big bang, steady-state, and eternal - with many variations of each. Steady-state is mostly dead, big bang came out on top because something has to. But this isn't the first time some variation of eternal has challenged it.

Whatever flaws modern physics may have, they're probably rooted in some blind spots which even the great geniuses are unable to notice exist simply because we're human.

For example, perhaps gravity cannot be unified with the other known forces because it is not a force in any meaningful sense - but rather somehow a consequence of mass and inertia (or perhaps even some other thing entirely which we haven't even thought to look for because its only noticeable "side effect" is gravity), much like the so-called "centrifugal force".

Or perhaps the so-called four dimensions of space-time aren't really one dimension of time and three of space, but rather all four are a measure of both space and time simultaneously, as there is no meaningful distinction between the two. (In that case, something which is 10 light-years away could be reasonably also said to be 10 years away, and if you could somehow travel there instantly you'd also be 10 years in Earth's past.)

I'm not seriously proposing either of those things, just giving them as examples.

While I had never much problems 'swallowing' the 'inflationary model' and accepting 'the big bang' I'll be great with 'steady state' :)

Steady state feels a lot more ... elegant to me. It'll be harder to wrap my head around it - perpetuity always is.

I have already left my comment but I have been compelled to leave another comment after reading another sentence in this article that is a curiosity expressing how this theory will be attacked.
I consider the choice of the word attacked unfortunate. The theory should not be attacked it should be tested for truth.
I find this theory of tired light presently doing rounds rather amusing.
To explain the anomaly of Hubble's observations you need not tire out the frequency of light.
The farther the galaxies are that you are observing the nearer are the stars to the center of the galaxy and therefore have greater velocity than the stars that you are observing of nearby galaxies because they have been moving outwards with time and therefore the former stars have much greater red shift than the later stars.
Hubble committed the mistake of applying this red shift to the entire galaxy rather than to the individual star under observation.
In the end the story of cosmological study is the mistake committed by two of its pioneers- Einstein and Hubble to which the scientific community turned a blind eye.

Big Bang is wrong no doubt about it. BUT a Big Bang did happen, but a different Big Bang as we are used to think .
Here is a link to a theory that solves the cause of - all the gravitional anomalies, - dark matter -dark enery, - dark flow - the missing parts of understanding the cause of iceages, and a lot more.