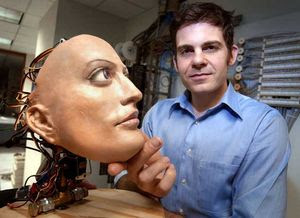 New Independent article: Revenge of the nerds: Should we listen to futurists or are they leading us towards ‘nerdocalypse’?

The intro blurb is an eye-roller of epic proportions:

Here, in a plush and spacious apartment not far from the Golden Gate Bridge, scientists, academics and futurists – bankrolled by the Silicon Valley dollar – are discussing what many among them believe to be an imminent and radical transformation of the human experience. This sea change, caused by monumental advances in technology, has a name: the singularity. It also has a dedicated and well-informed fanbase: the singularitarians.

The reception is in full swing. Next to the open bar, the professional rationalist is rubbing shoulders with the preeminent neurobiologist, and the scenario forecaster is exchanging ideas with the cutting-edge nanotechnologist, as notions once thought too outlandish to merit serious consideration – such as beyond-human intelligence, immortality and god-like omniscience – are reassessed in the cool light of possibility. Yesterday's tech-obsessed fantasist is today's credible expert. A new, dynamic, cross-discipline geek community is visibly taking shape, as the buzz of high-brow chatter fills the room like pipe tobacco in an early 20th-century Vienna coffee house.

Michael Vassar, summit host and president of the Singularity Institute for Artificial Intelligence (SIAI), reduces the future to two competing scenarios: "Either you and everyone you love are going to be killed by robots; or you are going to live forever." Some very clever people, he says with a hint of mischief and a disconcerting flash of clear-eyed sincerity, can make a strong case for each of those arguments, so it's in our best interests to pay attention.