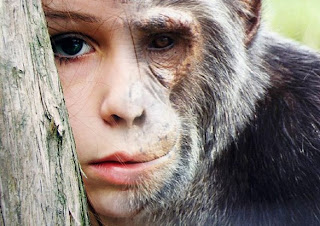 British philosopher David Pearce, who guest blogged here in April, has written a fascinating piece for H+ Magazine about post-Darwinian ethics and the principles of morals and legislation. Pearce writes:

Recent decades have witnessed a slowly expanding "circle of compassion". But it is a circle with one species at its absolute centre. Can Ethics ever aspire to be a rigorous academic discipline that delivers an impartial perspective embracing the interests of all sentient life: the well being of posthuman, human and non-human animals; hypothetical extra-terrestrial life, future "cyborgs", and artificial life alike? Or will Ethics always serve to rationalize the self-interest of the world's most powerful lifeforms?...

...Unfortunately, no such moral clarity was on display in the European Parliament earlier this month. An initial vote passed by EC legislators on May 5, 2009 sets guidelines on the "upper" limit of suffering that humans can lawfully inflict on non-human animals used in scientific experiments. Every year around 12 million non-human animals are used in scientific research in EU nations in the course of commercial product-testing, biomedical research, or open-ended scientific inquiry. Legally permissible levels of suffering inflicted can range from "up to mild" to "moderate" to "severe." Non-human animals are "reusable" if the testing entails up to "moderate" pain. The new EC regulations also cover our closest living relatives, non-human primates. Each year around 10,000 non-human primates are killed in European laboratories. The new parliamentary directive recommends phasing out wild-caught animals in favor of laboratory-bred animals over a 10-year period; and calls for an unspecified overall reduction in the number of non-human primates experimented on.

It would be better to use humans for some tests involving short term pain than other primates. Humans are aware of why pain occurs and with a concept of their commitment to the greater good would feel the same pain but a lot less suffering.

Anyway, great article. I'd love to see more about the technological basis for elimination of suffering.

A biosphere without suffering is technically feasible. It will involve ecosystem redesign, depot-contraception, "reprogramming" predators, rewriting the vertebrate genome, nanorobotics, and using the exponential growth of computational resources to manage whole ecosystems. These options are discussed in e.g. http://www.abolitionist.com. Intuitively, the technology to deliver a cruelty-free world is centuries if not millennia away. Sceptics, naturally, doubt that such a global mega-project will ever be feasible at all. But for a more optimistic conception of timescales, see e.g. http://singinst.org/. For sure, a welfare-state for bunny rabbits doesn't loom large in the imagination of most Singularity enthusiasts. Yet most of them (if pressed) will acknowledge that it's _technically_ feasible. So the question is: do we want to perpetuate the biology of suffering indefinitely? Or should we get rid of it altogether?

Luckily, "we" don't have the right to make that decision for anyone else but ourselves!

...depot-contraception, "reprogramming" predators, rewriting the vertebrate genome...Are you serious? Where will you get the resources to do this? More importantly, who decides what and how to reprogram? A globe of lotus-eaters? This sounds far worse than Huxley's Brave New World.

I for one would welcome a welfare-state for bunny rabbits :-)

There is, one, George! It's called Australia, where the buns literally chewed the scenery. Hence the rabbit-proof (ha!) fences.

@Go Democrats:
If we don't have the right to make decisions for others, then what right do we have to bring others into existence in the first place? The random shuffling of the genetic deck often results in terrible disease. What right do we have to let a child be born with a preventable disease? (Further arguments can be made based on where we set the threshold for disease, as the concept of illness can be seen as a sliding scale).

Given technological progress, innumerable developments are passed on to new generations. Often these latter generations are the ones who solve the practical and moral implications of the technology.

@Athena Andreadis:
Who decides not to do the reprogramming? If we have the resources to research fusion, bailout banks, develop nuclear power, eradicate smallpox and soon polio, etc., then resources are not a problem. Do you mean resources in human capital? The widening of an educated base in society continues nonstop. Financial resources? Then wait until we are out of the current economic downturn.. as the business cycle turns over we will again begin to see unimaginable progress.

BNW is a satire where all human vices are taken to the extreme. Huxley's "Island", his final book on Utopia, starts with a quote from Aristotle, "In framing an ideal we may assume what we wish, but should avoid impossibilities." A sophisticated and intelligent use of biotechnology can and will make the world a much better place. The most improbable course of events will be that we do not have to make these choices in the future. Our final decisions are not a foregone conclusion, but the technical feasibility of this project means that it will one day come to the front of public debate. Now is the time to ponder on its ethical and societal implications.

No, we don't have the right to make decisions that impair the autonomy of other adults. That's a completely different situation from deciding whether or not to bear children.

Claims to autonomy by organic robots who have barely begun to modify their own source code should be treated with scepticism. Maybe our posthuman successors will regard us as more akin to sick toddlers who need looking after. However, the distinction you note between interventions that affect mature adults and those that affect the next generation still stands. So here is the crux of the issue. Flash forward a couple of decades. The reproductive revolution is gathering pace. In common with other prospective parents, you can choose the genetic dial-settings for the mental health of your future children. What kind of "hedonic set-point" will you choose for your kids? Will you endow them with a predisposition to anxiety disorders, depression, jealousy and the various nasty "adaptations" that helped our genes leave more copies of themselves on the African savannah? Or will you want your children to enjoy lifelong emotional superhealth instead? When abolitionists talk about getting rid of suffering, we aren't talking about forcing autonomous adults to be blissful. Rather, we don't want to perpetuate the ugly lines of code that lead to such horrific - and involuntary - suffering in the world today.

Athena Andreadis said...
This comment has been removed by the author.
11:30 AM

Since I seem to be dealing with religious creeds here, I will be brief: Posthumanism will have a chance to achieve its goals only if it 1) stops being willfully ignorant of biology and 2) becomes aware of intrinsic limits across domains. Fantasy fulfillment wishes wrapped in scientific jargon are fine, as long as it's recognized that's all they are.

I'm not sure how it is that you intend to get many people to sign on to your plan if you insist on referring to humans as "organic robots who have barely begun to modify their source code." That sort of language seems to suggest that you have somehow achieved a platform outside of the realm of humanity from which to judge the wishes, wants, desires and concerns of all of the rest of us: that you have somehow become a God yourself.

Never mind that it's not true: it's not politic, either.

@Athena Andreadis:
Avoiding debate by stating that the opposition is a religious creed doesn't make it so. If you'd like to make your point more clear I'd be interested in hearing where the "willful ignorance" of biology comes in, as well as what you think the "intrinsic limits across domains" are.

@Go Democrats:
I think you have a good point there. The language we use when arguing points is extremely important. But it shouldn't be paramount to the facts. I don't think anyone is saying they are a "God" here - certainly humans can use science and philosophy to have insights into the nature of reality. It's almost like saying Galileo claimed to be God because he had more information about the nature of planetary motion than was available at the time to those in the Catholic Church.

Doesn't pretty much every worthwhile idea start as a fantasy? You write in your own blog post about space travel. That's fantasy fulfillment right there. "And yet, despite the uncoolness of space exploration, despite NASA's disastrous holding pattern, there are those of us who still stubbornly dream of going to the stars. We are not starry-eyed romantics."