Messages to ET and the precautionary principle 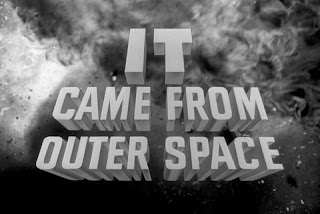 Science fiction author and futurist David Brin recently contacted me and brought me up to speed on his efforts to raise awareness about the active SETI approach, also known as METI (messages to extraterrestrial intelligences). Brin is vehemently opposed to this idea, as he believes it could put humanity in great peril. For all we know, he argues, some malevolent ETI is lurking in the neighborhood waiting for less advanced civilizations to draw attention to themselves.

Let there be no mistake. METI is a very different thing than passively sifting for signals from the outer space. Carl Sagan, one of the greatest SETI supporters and a deep believer in the notion of altruistic alien civilizations, called such a move deeply unwise and immature....

Sagan — along with early SETI pioneer Philip Morrison — recommended that the newest children in a strange and uncertain cosmos should listen quietly for a long time, patiently learning about the universe and comparing notes, before shouting into an unknown jungle that we do not understand.

Brin invited me to join a closed discussion group where this issue is examined and debated. The purpose of the exercise is to not just think more deeply about this issue, but to also raise awareness and possibly prevent a catastrophe (i.e. alien invasion). Essentially, Brin argues that METI needs to be strongly considered before any group or individual takes it upon themselves to shout out to the heavens. He is particularly concerned how some groups, including SETI, are dismissive of his concerns. His fear is that someone will unilaterally decide to start transmitting messages into the depths of space.

I was unsure at first about whether or not I should join this group. As a contact pessimist I’m fairly certain that the fear about a METI approach is unwarranted -- not because ETI's are likely to be friendly, but because no one's listening. And even if they are listening, there's nothing we can do about it; any advanced ETI that's on a search-and-destroy mission would likely have the 'search' aspect figured out. I'm not sure how any civilization could hide in the Galaxy. Consequently, METI is somewhat of a non-issue in my opinion.

That being said, however, I did reach the conclusion that there is a non-zero chance that we could run into trouble should we change our approach from listening to messaging. For example, resident berserkers could be waiting, for what ever reason, for this sort of change in our radio signals. Perhaps they are waiting for a sign that we've passed a certain developmental threshold.

I think this argument is extremely weak and improbable, but it's not impossible; it should not be ruled out as a potential existential risk.

Which leads me to the precautionary principle. Since no one is listening, there is no harm in not sending messages out into the cosmos. Again, if a friendly ETI wanted to do a meet-and-greet, they should have no trouble finding us. But because there is the slim chance that we may alert a local berserker (or something unknown), we should probably refrain from the METI approach for the time being.

So, I took Brin up on his offer and I’ve joined the discussion group. We are currently considering the possibility of organizing a conference centered around the issue. I’ll continue to post about this topic as news develops. More information can be found here.
Posted by George at 8/15/2007

Of course, if everybody followed Brin's logic, that would go some way to explain the Fermi paradox: the ETs are all wisely cowering rather than broadcasting. But you'd think there would be some fraction of reckless ones.

Maybe the cosmos is like a party full of shy people, with nobody willing to risk making the first move.

Perhaps all the ETIs are just listening...which in turn accounts for the silence.

I say we speak up - but let's keep prime time tv to ourselves, please.

When Singularity Intelligence is discussed, it's usually assumed that to contain existential risks (of for example creation of malevolent Power by a misguided geek in a garage) it should supervise the resources of all humanity. But the same is applicable to universe as a whole. Even benevolent civilization should be cautious of other civilizations, since they can easily screw up Singularity and turn exponential berserk, in which case it might be devastating to contain.

Other variation: berserks or precautionary measures are already on the loose and Fermi paradox is the result of their operation.

This paper may give you food for thought regarding a change in focus for SETI approaches, and may also be useful in terms of possible application to the development of quantum computing and AI:

To an advanced civilization, it costs less than a cent to send out self-replicating probes in every direction at the speed of light.

Broadcast or no broadcast... with aperture synthesis telescopes ("hypertelescopes"), you can observe planetary surfaces from hundreds of light years away, if not more. There is no way to hide.

It's about 100 years too late to worry about that, we've been emitting modulated EM since the 1890s.

Too many 'mainstreamers' are avoiding proof we've never been alone laying in plain sight on the Cydonia plain of Mars. There IS scientific evidence that NASA's Gary Soffen was highly mistake in discounting the "FACE" as "a trick of light and shadow". Google SPSR for Society of planetary SETI Research. The elitist who think a civilization is still communication with radio waves while we just learning hw to instantly transport photons is as ridiciolous as 200 years ago saying would never fly or go to the Moon.

The Universe doesn't fit into a "mainstream" box.

Maybe they want to know if we have discovered God. Maybe they are waiting for us to proclaim it.

Interesting how most of these researchers automaticly dismiss the UFO phenomena, not claim it's possible, but outright dismiss it. It's like it doesn't even register with anybody discussing issues like these.

My opinion is it doesn't matter what we do. If they are more advanced than us and are actively looking for us, they would find us before we had any inclination of their existance, let alone any attempt to listen for or respond to extraterrestrial signals.

If the universe is as full of civilisations as Drakes equation may have us think, then there will also be a fair share of them who are stark raving mad - and that thought is enough for me to keep number hiding on....

Ummm...has anyone here ever considered the remote possibility that maybe there are NO other highly evolved life forms out there?

Really, I am amazed not only at the vain delusion man has of himself, but its failure to understand
why would any other form of Intelligent Life would like to introduce themselves to a planet who can't even tolerate one another, all that greed, the prejudice, the wars, the utter stupidity of man believing himself as above any other kindgom and exploiting it without any conscience (fauna, flora),his hubris of predominance crowned with the fool hat....come on....I am ashamed of how stupid the average person is...and even more of the educated one who dare thinking of the humanity with all its prejudice,hypocrisy, and inflated egos as some likable chaps UGH!!

We should not broadcast a message because:

A. There is no one out there to hear it and broadcasting would be a waist of time.

B. There is someone out there but they are either to advanced to use radio waves or so backward that they are not up to using radio waves yet, and therefore, it is
pointless to broadcast to them.

C. There is someone out there, and
they know something we don't about why you should not broadcast to anyone. Such as you might attract the attention of a species like us.

"It's about 100 years too late to worry about that, we've been emitting modulated EM since the 1890s."

How would EM be interpreted then, just as noise (background space) or as a sign of intelligent life? The METI is different, its a designed, strong signal with a purpose.

"Of course, if everybody followed Brin's logic, that would go some way to explain the Fermi paradox: the ETs are all wisely cowering rather than broadcasting. But you'd think there would be some fraction of reckless ones."

perhaps, just possibly maybe, the fraction of reckless ones are mostly annihilated to the very brink of extinction or beyond, and the remainders are wisely listening and scouting using stealth.

If I were walking down a dark street, in a seemingly deserted town, i would slip into a shadow and try to assert why there's nobody around - not run around shouting 'HELLOOO? is anybody there? here I am! I am unarmed.. I have cash too? HELLOOO?'