If aliens wanted to, they would have destroyed us by now 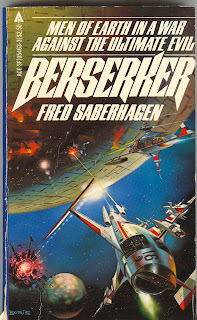 The Speculist today alerts us to an interesting article in The Independent called, "Meet the neighbours: Is the search for aliens such a good idea?"

The article, which was very well researched by astronomer David Whitehouse, examines the issue of whether or not human civilization should announce itself to the larger galactic community. Whitehouse cites the opinions of such notables as Freeman Dyson, David Brin, Ronald Bracewell, and many others. Understandably everyone has a strong opinion on the subject.

Here's my own take: If advanced extraterrestrial civilizations wanted to, they would have destroyed us by now. It's the Fermi Paradox all over again -- but this time, instead of wondering, "where is everybody," we find ourselves asking, "why haven't we be destroyed already?" There are several considerations which make the observation of our ongoing presence in the Universe a pertinent one.

First, it's largely believed that intelligence may have emerged in the Milky Way as long as 4.5Gyr ago. As has been argued on many occasions, this, in conjunction with the possibility of self-replicating probes, cuts the size of the Galaxy to manageable proportions; the Galaxy could have been colonized many times over -- but it's not.

This has also led to speculation about so-called berserker probes (a term attributed to Fred Saberhagen). These self-replicating probes could sterilize the Galaxy in relatively short order -- and the process would be fairly easy. A berserker could poison each planet such that life would never be capable of emerging. If the berserker should discover a planet with life already on it, all it would have to do is cause a global ecophagy through the use of molecular nanotechnology; an entire ecosystem could be destroyed in as little as 20 months.

If this seems like a rather excessive and 'uneconomical' way of sterilizing the Galaxy, keep in mind that we're talking about exponentially self-replicating probes. Berserkers could reproduce themselves using material found in asteroid belts or dead planets. There would be little cost involved, aside from the production and dissemination of the first probe.

If, on the other hand, an ETI was both malevolent and frugal there is another possibility: the use of hibernating berserker probes. Much like the monolith of 2001: A Space Odyssey, self-replicating probes could be lying dormant in every solar system in the Galaxy waiting patiently for intelligence to emerge. It could easily detect the presence of a civilization by listening for their radio signals. Swift destruction would ensue.

Which brings up an interesting consideration. Seeing as we have been transmitting radio signals for almost 100 years, any dormant berserker probe would be well aware of us by now. If it is going to destroy us, it should probably get going; we are only about 50 years away from a Singularity (a cosmologically insignificant amount of time).

I would think that the point of sterilizing the Galaxy would be to eliminate the possibility of any rival post-Singularity intelligences. And if you don't like the Singularity moniker, just substitute Kardashev I civilizations into your calculations.

Consequently, the berserker should have wiped us out by now. But it hasn't, which likely means there is no berserker hanging out in our neighborhood. Moreover, the fact that we're still inhabiting a life-rich Earth is an indicator that we don't reside in a sterile galaxy. We can thus conclude that advanced extraterrestrial civilizations do not embark on such nefarious campaigns. As Robert Freitas has stated, "The present observational record can only support the much more restricted conclusion that no rapacious galactic civilisations are currently loose in the Galaxy."

So, we don't need to worry about sending our radio signals out into space. We can transmit all we want -- it won't make a bit of difference.

Read the SF novel The Killing Star, about an ETI that gets rid of humanity before we become a threat to them by lobbing a starship moving at relativistic speeds at Earth. This one shot pretty much sterilizes the whole planet.

So if aliens do want to get rid of us for whatever reason, all they have to do if fling one ship at us moving at near lightspeed. No giant ships hovering over cities, no invading armies, no lasers, not even space rocks. And we won't ever know what hit us.

For more about this and how ETI might react to others in the galaxy, go to this page and scroll down about halfway:

Outside of life being few and far between in the Milky Way, there may be another good reason why SETI has yet to succeed - besides the fact it has been so sporadic and limited so far.

That's a great post George, I agree totally. Once we started to broadcast radio transmissions, you would imagine asteroid after asteroid to come raining down on the Earth. Maybe the berserker is taking the time to line up a comet to really do the job right.

I disagree only with your final statement. It should be "nobody's listening OR nobody cares".
Didn't see a decent argument for nobody being out there, you've only shown that they're not out to get us.

How did you calculate this "If it is going to destroy us, it should probably get going; we are only about 50 years away from a Singularity".?

Bob: Read Kurzweil's 'The Singularity is Near.'

Another thinker on the subject to ponder is Hugo de Garis. He thinks that AI will rise up in the form of Artilects and that those who support the next stage in evolution on Earth will be opposed by those who don't want a Rise of the Machines in very unhappy ways.

You leave out the possibility that we are being actively protected, and that all beings are generally trusting and bent on their own self-improvement, and do not become agressors unless threatened or out of need. If we are ants to them, then I can't imagine what possible threat we could pose, or need could we fulfill for them. Rather, considering the regularity of sightings reported around the globe, it seems clear that "they" are determined not to make direct contact with us. The reasons for this could be a wisdom and benevolence to let us develop naturally, which is quite impressive.

Another more realistic reason may be the burden of taking on responsibility for fledgling civilisations. Who would want this, unless for slavery purposes, particulaly if the galaxy is teeming with the likes of us sandfleas? Imaging us clamoring to them endlessly to "share your technology", and to what end? So we could fight more horrific wars? What a guilty pain in the butt we would be. It makes alot of common social sense for them to just steer clear. They certainly don't need us. All we have to do is never piss them off.

Other than the numerous craft sightings, and occasional face to face sightings, there is one contact phenomena which is constantly being reported around the world, and that is cattle mutilation. By this is generally meant the surgical removal of the gonads, presumably for genetic material, of which cattle are apparently adequate suppliers. Considering how many planets they might be harvesting from, and therefore millions of cattle, there emerges a disturbing picture of a civilisation based, not in benevolent study, but in genetic manipulation on a massive scale, which is precisely where our own technology seems to be taking us.

Are they the genetic agressors, or are they using it for defense against gentic agressors or rampant manufactured genetic diseases or warfare? Either way, it does not paint a pretty picture of what "they" are up to, and where "we" are headed in their footsteps.

You've had quite a few doozies, but this is possibly your best post yet. Well, at least since I've been reading, anyway...

Following my line of thought, it makes most sense for them to not only avoid contact with undeveloped civilizations, but also to never let us find out about them, and this seems to be exactly what's happening. There is absolutely no benefit in it for them, but rather a lot of aggravation, for us to know about them. Meanwhile they can harvest what they want or need from our planet surreptitiously, and without doing much harm, except to a few livestock, which we likewise harvest for our own reasons.

The more I think about this, the more sense it makes. The smarter they are, then the smarter it is for them to keep themselves hidden from us, and the easier it is for them to do so. We must also recognize that if there are far advanced societies out there, then there are also societies at every level of advancement in between out there. So the highest may be hiding from all of us, while the intermediates may be studying us and practicing all manner of exploration and travel in our atmosphere, harvesting raw material, or refueling. Even among "aliens" there will be heroes and jerks, so some may be manipulating us, while others may be protecting.

There might actually be a very good reason for protecting civilisations - it has to do with diversity.

An advanced civilisation might well realise that cultural diversity is a strength rather than a weakness - it's also pretty much the only unique resource we have unless life is a lot rarer than we think.

On a cosmic scale this little solar system isn't exactly el dorado in terms of mineral or energy resources, as for technology - well if they are a truly interstellar civilization they'd have that in spades.

On our own planet stringent efforts are being made to preserve dying languages because they represent a finite and irreplaceable resource.

This isn't the same as being nice, it could come from enlightened self interest. Each new sentient species could represent a unique resource in its own right.

Of course there's also the light barrier, maybe a sufficiently advanced techonolgy can't just get around the tyranny of distance by using wormholes or warp drives.

Maybe civilisations are confined to a couple of light years at best. In which case they might well be out there but they'd be simply too far away to make any difference to us.

No one's listening, or no one cares, or they're actively protecting us (the Zoo Hypothesis, the Lab Hypothesis, the Diversity Hypothesis, whatever). It'll be interesting to find out. I don't see any threats compared to our own irresponsible and destructive tendencies. If *I* was out there, I'd be watching with interest!