NYT: Can You Call a 9-Year-Old a Psychopath? 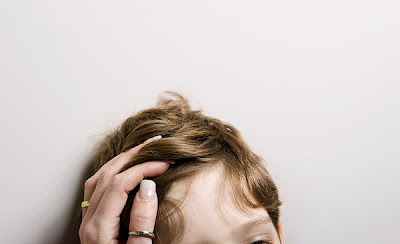 There's a must-read article in the New York Times titled "Can You Call a 9-Year-Old a Psychopath?" It's a long read, but very worth it.

Among the many take-aways from the piece is the realization that virtually all psychopaths exhibit anti-social traits as children, but that half of them "grow out of it". This gives therapists hope that the condition could somehow be treated environmentally.

There's also a reluctance to brand children as psychopaths (which is fair given the stigma and the fact that many children act-out in age-appropriate ways). Consequently, therapists and researchers are instead using the term 'Unemotional-Callous" (C.U.) in describing what might actually be protopsychopathology.

Lastly, the piece reaffirms other observations which show that behavioral therapy can actually make psychopaths worse, in that it teaches them to be better manipulators. Unreal.

As an aside, I believe that putting these C.U. kids together in the same "camp" is an exceptionally bad idea. It's just throwing fuel in these kids' fire.

Some excerpts from the piece:

Then last spring, the psychologist treating Michael referred his parents to Dan Waschbusch, a researcher at Florida International University. Following a battery of evaluations, Anne and Miguel were presented with another possible diagnosis: their son Michael might be a psychopath.

For the past 10 years, Waschbusch has been studying “callous-unemotional” children — those who exhibit a distinctive lack of affect, remorse or empathy — and who are considered at risk of becoming psychopaths as adults. To evaluate Michael, Waschbusch used a combination of psychological exams and teacher- and family-rating scales, including the Inventory of Callous-Unemotional Traits, the Child Psychopathy Scale and a modified version of the Antisocial Process Screening Device — all tools designed to measure the cold, predatory conduct most closely associated with adult psychopathy. (The terms “sociopath” and “psychopath” are essentially identical.) A research assistant interviewed Michael’s parents and teachers about his behavior at home and in school. When all the exams and reports were tabulated, Michael was almost two standard deviations outside the normal range for callous-unemotional behavior, which placed him on the severe end of the spectrum.

Currently, there is no standard test for psychopathy in children, but a growing number of psychologists believe that psychopathy, like autism, is a distinct neurological condition — one that can be identified in children as young as 5. Crucial to this diagnosis are callous-unemotional traits, which most researchers now believe distinguish “fledgling psychopaths” from children with ordinary conduct disorder, who are also impulsive and hard to control and exhibit hostile or violent behavior. According to some studies, roughly one-third of children with severe behavioral problems — like the aggressive disobedience that Michael displays — also test above normal on callous-unemotional traits. (Narcissism and impulsivity, which are part of the adult diagnostic criteria, are difficult to apply to children, who are narcissistic and impulsive by nature.)

And on the benefits of early detection and treatment:

The benefits of successful treatment could be enormous. Psychopaths are estimated to make up 1 percent of the population but constitute roughly 15 to 25 percent of the offenders in prison and are responsible for a disproportionate number of brutal crimes and murders. A recent estimate by the neuroscientist Kent Kiehl placed the national cost of psychopathy at $460 billion a year — roughly 10 times the cost of depression — in part because psychopaths tend to be arrested repeatedly. (The societal costs of nonviolent psychopaths may be even higher. Robert Hare, the co-author of “Snakes in Suits,” describes evidence of psychopathy among some financiers and business people; he suspects Bernie Madoff of falling into that category.) The potential for improvement is also what separates diagnosis from determinism: a reason to treat psychopathic children rather than jail them. “As the nuns used to say, ‘Get them young enough, and they can change,’ ” Dadds observes. “You have to hope that’s true. Otherwise, what are we stuck with? These monsters.”