Dan Hurley: Can You Make Yourself Smarter? 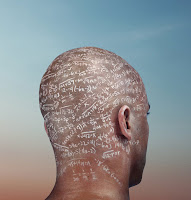 Dan Hurley has put together a comprehensive piece for the New York Times about using games like dual N-back training to improve intelligence.

Over the past three decades, theorists and researchers alike have made significant headway in understanding how working memory functions. They have developed a variety of sensitive tests to measure it and determine its relationship to fluid intelligence. Then, in 2008, Jaeggi turned one of these tests of working memory into a training task for building it up, in the same way that push-ups can be used both as a measure of physical fitness and as a strength-building task. “We see attention and working memory as the cardiovascular function of the brain,” Jaeggi says.“If you train your attention and working memory, you increase your basic cognitive skills that help you for many different complex tasks.”

Jaeggi’s study has been widely influential. Since its publication, others have achieved results similar to Jaeggi’s not only in elementary-school children but also in preschoolers, college students and the elderly. The training tasks generally require only 15 to 25 minutes of work per day, five days a week, and have been found to improve scores on tests of fluid intelligence in as little as four weeks. Follow-up studies linking that improvement to real-world gains in schooling and job performance are just getting under way. But already, people with disorders including attention-deficit hyperactivity disorder (A.D.H.D.) and traumatic brain injury have seen benefits from training. Gains can persist for up to eight months after treatment.