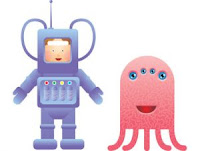 Surprising article in Mother Jones about the GOP race and how transhumanism and trangenics recently crept into a public forum:


When it was Newt Gingrich's turn, the moderators grilled him on, among other things, transhumanism and genetic engineering. The topic was a bit out there, as far as presidential forums go, and hardly the kind of thing you'd ever expect to come out of the mouth of, say, Wolf Blitzer. But the question was a valuable one, forcing the former speaker to choose between two of his greatest loves—futuristic technology/cutting-edge research and civilizational crises.

Gingrich went with the latter. "These are at the heart of the next 40 years," he said. "And we've got to understand: Somewhere on this planet there will be a dictatorship that uses science in a way that is truly grotesque. And then you're gonna have, for example, a decision to make, if someone can participate in the Olympics who's been genetically engineered. I mean you're gonna have, there's an array of different countries out there, some of which have values so lacking to any of us that you're gonna have these kinds of things."

Then came the grandiose part: "This may be the first time in some ways since leaving the Garden of Eden where we have to address the question of what it means to be human. And I think it's also a time to be very aware of the fact the greatest of all sins is hubris, putting yourself before God. And that there is a really great danger posed by scientists and those technicians, who believe that they now have God-like powers. Because it defies the very essence of humans."

One of Rick Santorum's first questions was equally out of left-field: He was asked about a recent breakthrough at Cornell, in which researches used transplanted genes from a jellyfish to illuminate a test-tube embryo, the better to understand its development. "As president," it was put to Santorum, "how would you advance scientific knowledge while protecting human dignity and human life?" Well, for one thing, Santorum made clear he'd oppose human–jellyfish hybrids. "Scientists will go wherever they choose to go because they don't feel any moral constraints," he said. "Our obligation as a society is to protect children, and to not allow us to be experimented on for any reason." In a later answer, he passionately defended banning abortion even in cases of rape, noting that the Supreme Court considers the death penalty for rapists cruel and unusual punishment. If we don't kill the rapist, why should we kill the baby?

Reading this article actually caused me physical pain.
Posted by George at 1/20/2012

There is some validity to Gingritch's statement. Albeit steeped in bioluddism and under the assumption that only dictators would do such research.

I give credit for Gingrich speaking on technology issues, even if I disagree with him on human enhancement and favor its free development.

He's been made a laughing stock, but Gingrich has a greater interest in technology than all the other candidates and President Obama.