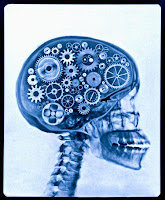 From the article, "Evolve: A case for modernization as the road to salvation" by Michael Shellenberg and Ted Norhaus:

The question for humanity, then, is not whether humans and our civilizations will survive, but rather what kind of a planet we will inhabit. Would we like a planet with wild primates, old-growth forests, a living ocean, and modest rather than extreme temperature increases? Of course we would—virtually everybody would. Only continued modernization and technological innovation can make such a world possible.


Where ecotheology imagines that our ecological problems are the consequence of human violations of a separate “nature,” modernization theology views environmental problems as an inevitable part of life on Earth. Where the last generation of ecologists saw a natural harmony in Creation, the new ecologists see constant change. Where ecotheologians suggest that the unintended consequences of human development might be avoidable, proponents of modernization view them as inevitable, and positive as often as negative. And where the ecological elites see the powers of humankind as the enemy of Creation, the modernists acknowledge them as central to its salvation.


Modernization theology should thus be grounded in a sense of profound gratitude to Creation—human and nonhuman. It should celebrate, not desecrate, the technologies that led our prehuman ancestors to evolve. Our experience of transcendence in the outdoors should translate into the desire for all humans to benefit from the fruits of modernization and be able to experience similar transcendence. Our valorization of creativity should lead us to care for our cocreation of the planet.