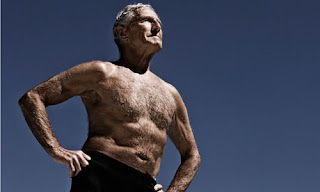 The seven ages of man are a thing of the past, says Catherine Mayer, and we're never too old to find a new lover, start a business or even have a baby. Now, we're ready for anything–except death. Welcome to what Mayer calls the world of "amortality."


The problem is that not even scientists can agree on the causes of ageing or the possibilities of an antidote. A majority of mainstream scientists are pessimistic about the possibilities for unabated life extension. The world's verifiably longest-lived person, Jeanne Calment, died at 122 in 1997, and that may be close to the edge of the possible human span. But there have been flurries of excitement around discoveries that seem to hold out the promise of slowing ageing. Last November, Nature magazine published a study showing that mice with suppressed production of an enzyme called telomerase aged swiftly but could be rejuvenated if the telomerase supply was restored. And there is a chorus of dissenting voices promising that if we work out ways to live long enough, we'll be able to live for ever. Ray Kurzweil, for example, puts his faith in nanotechnology, the development of machines tinier than atoms that could be deployed in the human body to repair the ravages of time. Kurzweil's impressive record as an inventor (he developed the first flatbed scanners, optical character-recognition software, print-to-speech and speech-recognition technologies, as well as making fine keyboards found in many music studios), together with his unnerving habit of issuing outlandish predictions that later prove true, mean only the foolhardy would dismiss his forecasts out of hand.

He has signed up to have his head cryonically frozen after death, envisaging resuscitation in a more technologically advanced future, but he's not "super-enthusiastic" about refrigeration; it is, he says, a back-up plan. He is perched on a sofa in his office in Wellesley, near Boston, surrounded by awards, posters for two films centred on his transhumanist ideas, photos with people even more successful than he. "I have enough trouble pursuing my interests while I'm alive and kicking," he says. "It's hard to imagine doing that when you're frozen, but proponents of it say it's better than the alternative. Really, my plan is to avoid dying, I think that's the best approach."

For Kurzweil – 62 at the time of the interview last year, "biologically more like 41" – that effort involves a Spartan diet, exercise and handfuls of vitamins and around 150 supplements daily. Many amortals can't be bothered to put the work into staying vibrant, trusting instead to boffins like Kurzweil to deliver us from the clutches of our own biology.

Unfortunately there's no firm evidence that they will do so, even in our longer lifetimes. Amortals may be assailed by depression or left unprepared when the gap between our ageless sense of self and the reality of ageing yawns. I would urge my family and friends to drink elixirs or open their veins to restorative swarms of nanobots if I thought that would grant them even a few additional years. Instead I cling to the hope that by eating well and taking exercise, engaging and being engaged, they will at the very least challenge Jeanne Calment's record for longevity.

Catherine Mayer's Amortality: The Pleasures and Perils of Living Agelessly was published on 12 May 2011 by Vermilion.
Posted by George at 5/22/2011

You mean like his prediction of continual economic growth?