How to engineer a zombie virus 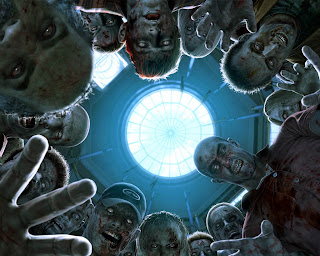 Much to my surprise I've become a bit of a zombie junkie. I'm a big fan of the Walking Dead television show and zombie films in general (I could watch Shaun of the Dead endlessly). I've been intrigued and spooked by the genre's post-apocalypic visions of a humanity overrun by a mysterious virus that brings the dead back to life—only to stalk the living.

While it doesn't necessarily speak to the kind of speculative fiction that I normally enjoy, it does offer some food for thought as far a the science is concerned. And it got me thinking: Could such a thing ever happen? Moreover, given the potential power of future technologies, could a 'zombie virus' be deliberately engineered? The more I thought about this, the more I became convinced that such a thing might actually be possible.

According to zombie canon, it's a virus called Solanum that is responsible for converting the living to the undead. According to the Zombie Survival Guide, the virus works by traveling through the bloodstream from the original point of entry to the brain where it uses the cells of the frontal lobe for replication, destroying them in the process. During this period, all bodily functions cease and the infected subject is eventually pronounced "dead." The brain remains alive but dormant while the virus mutates its cells into a completely new organ.

Once the mutation is complete, this new organ reanimates the body—but typically to a form that bears little resemblance to the original corpse. Some bodily functions remain constant, others operate in a modified capacity, and the remainder shut down completely.

The result of the transformation is a zombie, a member of the living dead.

But it doesn't stop there. The reanimated corpse develops an insatiable appetite for human flesh, the brain in particular. It is through the relentless stalking and attacking of the living that zombies attempt to satiate their appetites, while spreading the virus to their surviving attack victims.

Solanum is 100% communicable and 100% fatal. While the virus is neither waterborne nor airborne, infection  can only occur through direct fluidic contact. A zombie bite is the most common vector for transferring the virus, but it's not the only one. Humans can be infected by brushing their open wounds against those of a zombie or being splattered by its remains after an explosion.

As for the zombies, there is no cure. Nor can their relentless thirst for the living be quenched. They are single-purpose automatons, stalking the living until their bodies have completely rotted away, or their brains destroyed.

The zombies among us

This might all sound rather fantastical, the stuff of cheesy horror flicks, but the concept is not as outlandish as it might appear. Natural selection has, quite disturbingly, produced a number of viruses that, for all intents and purposes, turn their hosts into virtual zombies.

For example, there is Plasmodium gallinaceum, more commonly known as malaria. It's been known for some time that this protozoan uses mosquitoes as its vector. What has not been known until recently, however, is how malaria alters the blood sucking behavior of mosquitoes. Malaria has had a significant impact on the evolution of mosquitoes and their behavior, much like flowers, have contributed to the evolution of its pollinators, namely bees and other flying insects. Specifically, a mosquito will continue to search for victims until it reaches a threshold volume of blood. When it hits this threshold point, it stops host-seeking. It is thought that the stage-specific effect of the malaria parasite on host-seeking behavior is likely to be an active manipulation to increase its transmission success.

Then there's Dicrocoelium dendriticum. It's a virus that primarily infects sheep—but it has a rather convoluted way of going about its reproductive business. First, adult worms lay eggs in the bile ducts of the sheep and are excreted. These eggs are in turn ingested by various species of land snails and the eggs hatch in their digestive tracts. This hatching releases a compound that continues to change until it is released by the snail in the form of a slimeball. This slimeball is then eaten by ants. This eventually develops into metacercariae within the abdominal cavity of the ants. And here's where it gets interesting (not that it hasn't been a riveting tale to this point): the ant's behavior is in turn altered such that it is compelled to climb to the very top of a blade of grass where it waits to get eaten by sheep. The sheep eats the grass with the ant on it and subsequently becomes infected. The cycle is complete.

Think humans are immune to mind controlling parasites? Think again. It is suspected that Toxoplasma gondii, a parasite that is often contracted by humans from their cats, affects human psychology. Normally the parasite works to manipulate rodents, but some scientists speculate that human cognition can also be altered. It is thought that that those who are infected show a small tendency to be more self-reproaching and insecure. Less controversial are studies that have shown links between Toxoplasma and schizophrenia.

And of course, there's rabies—a disease with frightening parallels to Solanum. Rabies is a viral disease that infects the central nervous system, causing acute encephalitis (inflammation of the brain) in warm-blooded animals. It is most commonly transmitted by a bite from an infected animal, but occasionally by other forms of contact. As the disease progresses, symptoms include insomnia, anxiety, confusion, slight or partial paralysis, excitation, hallucinations, agitation, hypersalivation (increase in saliva), difficulty swallowing, and hydrophobia (fear of water). Death usually occurs within days of the onset of these symptoms. But it is during the phase of agitation and excitation that those infected with rabies will attack anything and anyone, spreading the disease even further.

Given that rabies kills around 55,000 people a year, mostly in Asia and Africa, it can be said that we are already in the midst of a zombie outbreak. 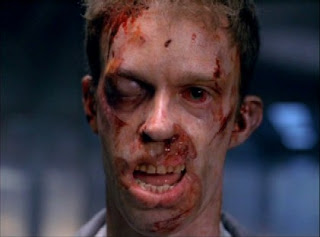 So, nature has come pretty darned close to creating a Solanum virus of its own. Which leads to the question: Could we actually take the extra step of creating something that very closely approximates a zombie disease?

The answer is yes—and given recent advances in biotechnology and artificial life, such a disease could be right around the corner should someone want to create such a thing. Moreover, given future insights into the neurosciences and the inner workings of the brain, a potential zombie virus could be scripted in very specific and nefarious ways.

Thanks to natural selection we don't even have to start from scratch. We already possess the foundation for creating a mind-controlling parasite: rabies. In Venteresque fashion, we could make a genetic tweak here, a genetic tweak there, and create a virus that could be much more devastating than what nature created. It would for all intents-and-purposes be Rabies 2.0.

It could be made more contagious and induce a quicker onset of symptoms. The virus could also be engineered such that it would result in more specific host-behavior; the virus could re-work the areas responsible for volition (i.e. free will and action taking) and decision making, while simultaneously re-wiring the reward and moral centers of the brain. The sight of another human, for example, could create a sense of extreme hunger, and consequently trigger an atavistic predatorial instinct. The feelings might even be accentuated by co-opting sexual desire.

Frighteningly, it could also be transformed into an air-borne virus, significantly increasingly the likelihood of person-to-person transmission.

Should we want to get more literal than just a rage inducing virus—something that more closely resembles Solanum—our malicious bio-engineer would require some nanotechnology. Specifically, nanobots, working in tandem with the brain bugs already described, could reanimate a corpse and work to maintain essential bodily functions even though the brain is essentially dead. It's even possible that advances in regenerative medicine could allow for neurogenesis in which dead neurons are re-generated; stem cells never sounded so evil.

But would it be apocalyptic? 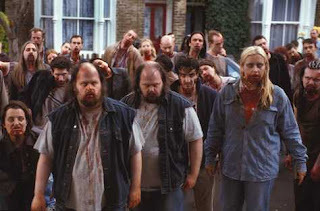 Okay, so it might be possible to create a zombie virus. But would such a thing have the same effect as it does in the movies? Would this be an apocalypse inducing pandemic?

I believe the answer is no.

As rabies has shown, animal-to-animal transmission is quite containable. The spread of rabies, while persistent and pernicious, is easily identifiable and slow. Consequently, it has been all but eliminated in North America. And even if it somehow became airborne, it's an open question as to how quickly it would spread. We might very well be able to contain it.

No virus is perfect. Even the Black Plague couldn't wipe out the mass of humanity (it killed 30-60% of Europe's population). And sometimes viruses are too vicious for their own good. Take Ebola, arguably the nastiest of the viruses, which tends to be too efficient at killing its host.

But I'm just speculating. I really don't know. Given the unique nature of zombies, such an outbreak could be a potential game changer. Let's hope we never have to find out.
Posted by George at 12/13/2010

I suppose you've been pondering the zombie virus problem for some time now. I never considered how real it could be until reading your post and this recent article published in Wired entitled "Mirror image cells could transform science — or kill us all" (http://www.wired.com/magazine/2010/11/ff_mirrorlife/all/1)

@Pramesh: What do reversed chirality life-forms have to do with reanimating the dead?