And the elderly shall inherit the Earth 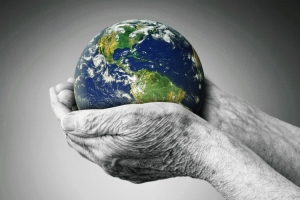 I've always suspected that the Baby Boomer generation will not go down quietly. While the Me Generation is currently content to maintain the status quo as it pertains to the treatment of the elderly, I strongly believe that they will eventually rail against traditional practices once they get there themselves.

Echoing this sentiment is Ted. C. Fishman who, in his new book, Shock of Gray, makes the case that people's increasing life spans could change everything from civil rights to globalization. He also addresses the potential for radically extended lifespans.


As baby boomers start to approach the age of 65 in large numbers, do you foresee a civil rights movement for older adults, given that generation's history of activism?

There might be a civil rights movement, but people won't recognize it as a civil rights movement. They'll see it as an economic turf war. When you get the resources of a society, you get the respect. You can see this in Europe right now, where the population is somewhat older than it is here. The debt crisis has really caused a huge and quick reckoning with the crisis in pension funding and hundreds of thousands of people are coming into the street. They made promises to themselves and now they find that they can't keep those promises. In some ways, they're battling their past selves.

But they feel like they are fighting a younger generation.

Yeah, I think that's right. But in the long run the battle will not be for who gets what share of the public financing. It will be a more traditional civil rights issue, which is: Evaluate me on my abilities and my skills, not on my weaknesses. The older population is a hugely diverse one. If the image of an older person is going to be exclusively that of an enabled, sharp, cognitively with-it, older person who can work into their 70s and 80s, then we're ignoring a huge part of the population that will need our help.

Well, that brings us to the primary tension of the book. On the one hand, we humans have become very effective at prolonging life. On the other hand, these prolonged lives are placing pressures on our resources that will become critical. So the question is, which should win, our prolonged lives or the resources?

I think the hands-down winner there is longer life. Especially longer, healthier life. So if you add up all the misgivings we have about a society that has far more older people and the challenges of age and ageism, they don't even compare to the gift of living longer and living healthier. This is what humankind has been devoted to since we could first mix a few herbs together. And we're there. So our challenge is to apply this kind of brilliance to the result that we've created, which is being an older society.

Our life span averages have leaped in the past century, as you point out, and I wonder if you think there's a point where we'll hit a ceiling. Now that you've read the science, is there really a possibility for immortality?

I only read the science as a layman and I can only tell you who I trust, which is based on emotional signals as much as empirical ones. I do think maybe eventually we'll be able to reengineer the human body so that it's some mix of mechanization and biological miracle and we live forever. But in the lifetime of anybody who's reading the book, I think there are big limits to the expansion of the human life span. Our genetic makeup is such that the genes that help us grow when we're young tend to turn against us as we get old.