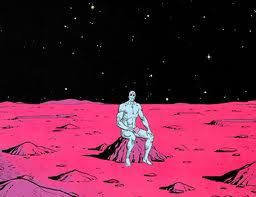 Turns out that your friends and family are more important to you than you may realize. In fact, they might actually be extending your healthy lifespan.

A recent scientific review of 148 previous studies involving more than 300,000 people has revealed that social disconnection is a risk factor equivalent to smoking 15 cigarettes per day. The study showed that those with adequate social relationships were 50% more likely to be alive after an average follow-up period of nearly eight years, compared to more socially isolated people. Put another way, social isolation is as unhealthy as being an alcoholic or never exercising—and twice as dangerous as obesity.

Previous studies have shown that strong social networks boost mental health, but links to physical health have proved harder to establish across the age span. Social isolation as a health problem is usually attributed to the elderly, but this is not the case. While previous research has demonstrated survival benefits on this scale for elderly people, the new study finds that it holds true across all age groups.

"This effect is not isolated to older adults," said Timothy Smith, of Brigham Young University in Utah, who led the research. "Relationships provide a level of protection across all ages."

Reporting their findings in the journal Public Library of Science Medicine, the researchers noted that people with adequate social relationships have a 50% greater likelihood of survival compared to those with poor or insufficient social relationships. Consequently, the authors declared that physicians, health professionals, educators and the public media need to start taking social disconnection seriously. Specifically, medical professionals should routinely evaluate patients' social networks, and recommend more connections with other people.

The researchers said there were two mechanisms by which a thriving social network of friends and family could contribute to good health: (1) the support of other people may reduce the harmful effects of stress, and (2) the influence of others may also encourage behaviour that contributes to good health. They also speculated that isolation may reduce immune function.

"When someone is connected to a group and feels responsibility for other people, that sense of purpose and meaning translates to taking better care of themselves and taking fewer risks," Julianne Holt-Lunstad, one of Dr Smith's colleagues.

Public health expert Bruce Armstrong noted that the findings were "persuasive", but it was not clear whether social isolation itself directly affected health outcomes, or simply led to other unhealthy habits such as a poorer diet and exercise routine. He admitted, however, that this might not matter because even if this was the case, it was plausible to suppose these unhealthy habits would improve if the individual could be given more social connectedness and interaction.

So get out of your caves, people.

And one of the things people do to combat stress is smoke, maybe that's why loners don't live as long.

*Takes another drag from his e-cigarette*

Vague to the point of meaninglessness. I hope the original study had some definition of what was adequate... although it would seem that what it means would shift quite a bit depending on the person.

Furthermore it was the sense of 'purpose and meaning' that apparently prevented the negative effects.

So take it with a grain of salt. You can stay in your cave as long as a couple good friends are holed up with you. Or if you've found meaning in something else. Like buying a bigger cave, or driving the most expensive rock car.

Ok well what about social anxiety? Coming out the cave is scary for some! After this comment is my attempt at being social :p

Will this be true with people who use electronic cigarettes? More and more people are now opting to use this. Smokers are getting together and laughing out loud more in designated smoking areas. I hope a new study ensues with the advent of these e-cigarettes.