It's a control thing: Religion and human reproduction 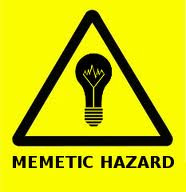 Christianity is, like many other religions, a reproduction control system.

Its various sects take great pains to enforce a sexual code of conduct—and for very good reason. There's no better way for churches to control group behavior and ensure the growth of their flock than through the control of human reproduction. This explains why many Christians find it so important to get involved in biotechnological and bioethical discourse; it's crucial for Christian leaders to show their followers that they have authority over these areas, as authority imbues a sense of ownership.

Catholicism is a prime example. The Vatican's uncompromising stance on virtually all facets of reproduction shows how integral it is to the faith. Birth control, abortion, homosexuality and recreational sex (including sexual acts and positions that cannot lead to procreation) are considered taboos as each of these things represent a kind of subversion. And as far as health science is concerned, procedures like in vitro fertilization (IVF) are shunned upon as such practices wrest control away from the Church and towards individual couples and doctors. The injunction to 'not play God' is a memetic trick which convinces the faithful to avoid certain areas of inquiry traditionally reserved for the Church.

At the same time, Christians work to uphold so-called family values, knowing full well that the family unit is unquestioningly the most important vector for the entrenchment and spread of religious values.

Religious leaders and ideologues may argue that the reasons for their interest in human biology extend beyond mere reproduction. Instead, they argue that their domain extends into the realm of morality and spirituality, and that 'reproductive control' is a trite interpretation of their motives.

Now, I'm sure many of them are sincere when they make this case. That's how memes work, with hosts convinced that they're acting rationally and in the collective best interest. Memetics is, at its core, a study of the tendencies and vulnerabilities in human psychology.

In the case of human reproduction, Christians make the case for such things as embryonic personhood (or ensoulment) and espouse a strong interpretation of naturalism (i.e. humans were created in God's image). The problem with these arguments, however, is that they are rooted in fictions. The subsequent rationalizations and injunctions that emerge from these premises are thus intrinsically flawed.

Ultimately, once the arguments are stripped down and exposed for what they are, it's painfully obvious that the Christian memeplex is merely working to control human reproduction and the makeup of family units for the purpose of producing more willing hosts. One merely needs to stand back and look at the world's most successful religions as proof; those faiths that work to control human reproduction, namely Christianity, Islam and Hinduism (though Islam and Hinduism less so than Christianity) are undeniably the ones who have fared the best over the ages. It's the killer memetic adaptation.

As an example of the opposite effect, take the Shaker movement. It's a 250 year old Christian sect that acquired a rather disadvantageous characteristic—call it a maladaptive trait. According to Shaker law, all members of the faith are forbidden to engage in sexual activity. Reproduction is completely prohibited. The only way for Shakers to have children is through adoption, but even that was rejected in 1960. The only way new members could be acquired was from outside the community, which happened with great infrequency.

Today, the Shakers are all but finished. Their communities started to dwindle in the late 1800s. Although there were 6,000 believers at the peak of the Shaker movement, there were only twelve Shaker communities left by 1920. As of today, they are down to their last three members.

While most Christian sects have avoided this particular problem, they're not immune to changing social patterns and mores. The Vatican is having fits over the whole birth control thing. When it comes to family planning and recreational sex, Catholics and Christians alike are increasingly turning a blind eye to scripture. Couples want to continue engaging in sexual activity without having to have eight children. Additionally, infertile couples are choosing to have babies through IVF despite the Church's admonition against it.

The decline of Christian influence in much of the developed world (especially in Europe, but except, quite perplexingly, the USA) can be attributed to higher living standards and improved education—factors that lead couples to want smaller families and less to do with organized religion. Meanwhile, Christianity and Islam continues to spread in developing nations whose populations are still primed for religious memes.

But given the speed with which the developing world is catching up to the rest, it will only be a matter of time before they too start to shun religious laws that govern sexual activities and reproduction. Mark this as yet another reason to bring everyone up to first world standards.
Posted by George at 9/02/2010

George any human social group has its own arbitrary cultural spin on reproductive do's and don'ts and Liberals are no different in this respect. They certainly aren't in any way consistent, even granting there are various subgroups within Pro-Choice.

& as an Liberal leaning atheist myself I certainly have no time with ensoulment, but I do find the substance view of personhood a far better account than the functionalist. What surprises me is technophiles like yourself who are more up to date on technology and things like modular reconfigurable robotics and self assemblers have yet to realize the ontological/teleological implications of these synthetic machines.

Furthermore try a functionalist account of the class of things that are female and see what problems you run into when you have a developing system.

I just finished reading Richard Brodie's Virus of the Mind and one of the illustrations explained it quite clearly.

"So remember...adultery is bad and wrong!" (And I sure hope I don't get caught)

While I see that the stats were taken directly from the wiki page, I would like to point out the Shaker population info is largely meaningless. 6000 members at their peak and 12 communities left in 1920? Perhaps I missed it, but I don't see any information on the average size of their communities.

At any rate, I've always said that the system of doing things or way of life which wins out in the end is not the one which is the best for those who participate in it, but the one which is best at crushing its competition.

Assuming that religion is a collection of Memes then identification of it still leaves us back to square one without knowledge how to disspell meme mind control.

Right on, Brotha! Never miss an opportunity to point out how one is being used by the memeplexes.

Think of how quickly couples will get their newborn baptized so that they won't go to L.I.M.B.O...It's a way of getting the baby "tagged" with a certain religion early on. I have friends who aren't particularly religious, but they still feel the need to baptize their baby "just in case".

Was there ever any doubt to Religions agendas, if you can control how your flock procreates and therefore ensure your future wealth, how far exactly will you take this control. Mind numbing hours of propaganda works wonders on the human mind. Lest you forget Reverend Moon's popularity has not waned and he still marries thousands of couples that he has matched.
Unfortunately a lot of humans need
to be told what to do and until we all learn to walk for ourselves Religions will always strive to control and grow wealthy.