On the persistence of time dilation 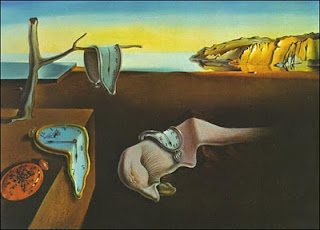 Cool thought: Einstein's Special Theory of Relativity, which isn't so much a theory anymore for reasons I'll discuss later, tells us that increased speeds results in a slower clock rate for that object relative to a slower one (sorry, time isn't a fixed or constant thing across the Universe, get used to it). But Einstein didn't stop there. He also went on to describe his General Theory of Relativity in which he showed that gravity produces a similar time dilation effect; the heavier the gravity, the slower the clock.

So, as Einstein famously noted in his space-faring twin thought experiment, the returning twin, because he was moving faster relative to his Earth-bound sibling, will have aged less than his counterpart. Similarly, because of gravitational time dilation, a clock on Jupiter would run slower than a clock on Earth on account of its great size. I know it doesn't sound intuitive, but that's Relativity for you and why Einstein is considered such a genius for figuring this out.

Now, as messed as this sounds, this effect is becoming more perceptible to us, particularly as we travel faster and venture further into space. Gravitational time dilation has been experimentally measured using atomic clocks on airplanes and the effect is significant enough that the Global Positioning System's artificial satellites need to have their clocks corrected regularly. The International Space Station, because it is moving faster relative to Earth, and because it experiences less gravity, is subject to both effects; a faster speed means a slower clock, but less gravity means a faster clock! NASA's mathematicians must be having a blast trying to keep their clocks in synch with the ISS's.
And if you think that's complicated, we also have to deal with our robots on Mars where we need to account for the speed of Mars relative to Earth's and factor in the gravitational differences between the two planets. What blows my mind is that the Mars Rover is experiencing the passage of time at a slightly different rate than what we're experiencing on Earth.

Yikes. Problems like these remind me why I dropped out of high school math.
Posted by George at 9/09/2010

..and then in your dreams, time goes even slower still...(according to Inception ;P)

Could this be significant - could the effect of consciousness on time also be relevant?

"... the Mars Rover is experiencing the passage of time at a slightly different rate than what we're experiencing on Earth."

Well, seriously, this is anthropomorphizing the Mars Rover. *It* is not *experiencing*, it is a rather simple machine, and, sorry, my mind is not blown.

But, may be, it's only me. I haven't dropped out of high school math, but instead I *am* a mathematician ;-)

C'mon, Duncan. I'm obviously not suggesting that the Rover is subjectively experiencing the passage of time. Just illustrating a point.