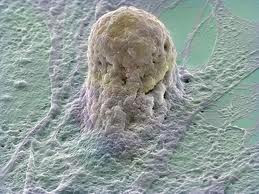 Researchers have successfully used human induced pluripotent stem cells (iPSCs) to treat rodents afflicted with Parkinson's Disease (PD). The research, conducted at the Buck Institute for Age Research, validates a scalable protocol that the same group had previously developed. It may eventually be used to manufacture the type of neurons needed to treat the disease and paves the way for the use of iPSC's in various biomedical applications.

Researchers in the lab used human iPSCs that were derived from skin and blood cells and coaxed them to become dopamine-producing neurons. Dopamine is a neurotransmitter produced in the mid-brain that facilitates many critical functions, including motor skills. Patients with PD lack sufficient dopamine; the disease is a progressive, incurable neurodegenerative disorder that affects 1.5 million Americans and results in tremor, slowness of movement and rigidity.

"The studies are very encouraging for potential cell therapies for Parkinson's disease," said Alan Trounson, Ph.D., the President of the California Institute for Regenerative Medicine. "The researchers showed they could produce quantities of dopaminergic neurons necessary to improve the behavior of a rodent model of PD. We look forward to further work that could bring closer a new treatment for such a debilitating disease."