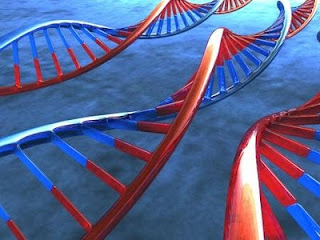 A team of University of Michigan scientists have discovered how a gene's action may help explain why restricting diet lengthens life in animals. The results offer promising early evidence that scientists may succeed at finding targets for drugs that someday could allow people to live longer, healthier lives.

Specifically, they found that suppressing a newly discovered gene lengthens the lifespan of roundworms. We've long known that significantly restricting food intake makes animals live longer, but the goal is to find less drastic ways to achieve the same effect in humans someday.

To find possible avenues for future anti-aging drugs, many scientists are focusing on signaling pathways in cells that sense nutrients. The one examined by the Michigan team, the target of rapamycin pathway or TOR pathway, is so named because its activity can be influenced by the drug rapamycin. Recent results from a large federal study being conducted at U-M and elsewhere have shown that in mice, rapamycin is effective at mimicking the anti-aging effects of dietary restriction.

Research in the last 25 years has shown that animals, including mammals, live longer and have lower levels of certain measures of age-related decline when scientists have restricted their food intake. It's highly suspected that the same effect hold trues for humans, hence the caloric restriction life extension movement.

That said, scientists know relatively little about why reducing food intake causes these effects. In the last 10 years, they have made progress in identifying genes and associated proteins that are suppressed when diet is restricted. By learning more about the cell processes involved, they may be able to discover targets for future drugs that could delay aging without the need to restrict food intake.

Drugs tailored to block specific genes or proteins involved in nutrient-sensing pathways would have much more appeal than reducing what one eats. To achieve anti-aging benefits, it's thought that people would have to restrict food intake by 30 to 40 percent, a grim prospect. In addition, drugs might be designed to avoid other disadvantages of this level of dietary restriction, which include reduced fertility.

C. elegans is a tiny roundworm, a nematode whose two-week lifespan is a great advantage for scientists studying aging. The 1-millimeter-long transparent worms have other advantages, too. C. elegans exhibits many age-associated changes observed in higher organisms. "Many genes identified in C. elegans to control the speed of aging turned out to be evolutionarily conserved, meaning that you can find them in other animals, too. And many are very similar to those found in humans," Ao-Lin Allen Hsu says, lead researcher of the Michigan team.

Hsu and his team created different mutant strains of roundworms, some with drr-2 genes silenced and others in which the gene was over-expressed. They wanted to learn whether inactivating drr-2 is essential for TOR to influence longevity, and found that it was. Other newly discovered genes may affect TOR signaling as well. But Hsu's team has found a promising lead for anti-aging drugs of the future: They were able to show that silencing drr-2's action alone was sufficient to make worms live longer than wild-type C. elegans used as controls.

"It is known that reduction of TOR signaling in response to a change in the environment or genetic manipulation triggers a cascade of cellular signals that alter cell growth, metabolism, and protein synthesis, and decrease the pace of aging," says Hsu. "Our recent studies have shown that drr-2 might play a pivotal role in the TOR signaling network to control protein synthesis as well as longevity."
Posted by George at 8/18/2010