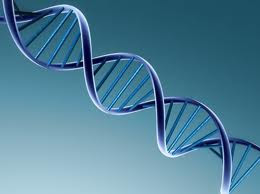 Researchers at the University of Washington have devised a method that works at a very small scale to sequence DNA quickly and relatively inexpensively. The process could eventually open the door for more effective individualized medicine. It's hoped that the method will, among other things, provide blueprints of genetic predispositions for specific conditions and diseases such as cancer, diabetes or addiction.

"The hope is that in 10 years people will have all their DNA sequenced, and this will lead to personalized, predictive medicine," said Jens Gundlach, a UW physics professor and lead author of a paper describing the breakthrough.

The technique creates a DNA reader that combines biology and nanotechnology using a nanopore taken from Mycobacterium smegmatis porin A. The nanopore has an opening 1 billionth of a meter in size, just large enough to measure a single strand of DNA as it passes through.

The research team placed the pore in a membrane surrounded by potassium-chloride solution and a small voltage was applied to create an ion current flowing through the nanopore. The current's electrical signature changed depending on the nucleotides traveling through the nanopore. Each of the nucleotides that are the essence of DNA (namely cytosine, guanine, adenine and thymine) produced a distinctive signature.

The delay is measured in thousandths of a second, which is long enough to read the electrical signals from the target nucleotides. "We can practically read the DNA sequence from an oscilloscope trace," said Gundlach.

The work was funded by the US National Institutes of Health and its National Human Genome Research Institute as part of a program to create technology to sequence a human genome for $1,000 or less. That program began in 2004, when it cost on the order of $10 million to sequence a human-sized genome. The new research is a major step toward achieving DNA sequencing at a cost of $1,000 or less.

Ultimately, it is hoped that these experiments will outline a novel and fundamentally very simple sequencing technology that can now be expanded into a mechanized process.
Posted by George at 8/17/2010

Here’s an article you might enjoy about the DNA sequencing of celebrities. Would be interesting to hear what you think about preserving the DNA of people like Albert Einstein. http://www.americanbiotechnologist.com/blog/sequencing-sitting-bull/