Economist: The future is another country 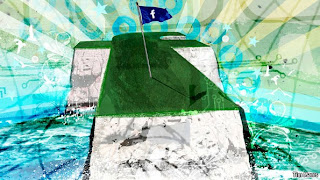 Interesting article in The Economist this week about Facebook and how it's starting to look and act like a sovereign state:

In some ways, it might seem absurd to call Facebook a state and Mr Zuckerberg its governor. It has no land to defend; no police to enforce law and order; it does not have subjects, bound by a clear cluster of rights, obligations and cultural signals. Compared with citizenship of a country, membership is easy to acquire and renounce. Nor do Facebook’s boss and his executives depend directly on the assent of an “electorate” that can unseat them. Technically, the only people they report to are the shareholders.

But many web-watchers do detect country-like features in Facebook. “[It] is a device that allows people to get together and control their own destiny, much like a nation-state,” says David Post, a law professor at Temple University. If that sounds like a flattering description of Facebook’s “groups” (often rallying people with whimsical fads and aversions), then it is worth recalling a classic definition of the modern nation-state. As Benedict Anderson, a political scientist, put it, such polities are “imagined communities” in which each person feels a bond with millions of anonymous fellow-citizens. In centuries past, people looked up to kings or bishops; but in an age of mass literacy and printing in vernacular languages, so Mr Anderson argued, horizontal ties matter more.

So if newspapers and tatty paperbacks can create new social and political units, for which people toil and die, perhaps the latest forms of communication can do likewise. In his 2006 book “Code: Version 2.0”, a legal scholar, Lawrence Lessig noted that online communities were transcending the limits of conventional states—and predicted that members of these communities would find it “difficult to stand neutral in this international space”.

To many, that forecast still smacks of cyber-fantasy. But the rise of Facebook at least gives pause for thought. If it were a physical nation, it would now be the third most populous on earth. Mr Zuckerberg is confident there will be a billion users in a few years. Facebook is unprecedented not only in its scale but also in its ability to blur boundaries between the real and virtual worlds. A few years ago, online communities evoked fantasy games played by small, geeky groups. But as technology made possible large virtual arenas like Second Life or World of Warcraft, an online game with millions of players, so the overlap between cyberspace and real human existence began to grow.