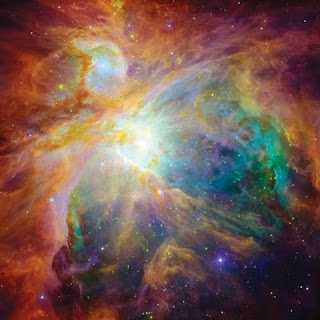 Abou Farman has penned a must-read essay about Singularitarianism and modern futurism--even if you don't agree with him and his oft sleight-of-hand dismissives. Dude has clearly done his homework, resulting in provocative and insightful commentary.

Images of transhuman and posthuman figures, hybrids and chimeras, robots and nanobots became uncannily real, blurring further the distinction between science and science fiction. Now, no one says a given innovation can’t happen; the naysayers simply argue that it shouldn’t. But if the proliferating future scenarios no longer seem like science fiction, they are not exactly fact either—not yet. They are still stories about the future and they are stories about science, though they can no longer be banished to the bantustans of unlikely sci-fi. In a promise-oriented world of fast-paced technological change, prediction is the new basis of authority.

That is why futurist groups, operating thus far on the margins of cultural conversation, were thrust into the most significant discussions of the twenty-first century: What is biological, what artificial? Who owns life when it’s bred in the lab? Should there be cut off-lines to technological interventions into life itself, into our DNA, our neurological structures, or those of our foodstuffs? What will happen to human rights when the contours of what is human become blurred through technology?

The futurist movement, in a sense, went viral. Bill McKibben’s Enough (2004) faced off against biophysicist Gregory Stock’s Redesigning Humans (2002) on television and around the web. New groups and think tanks formed every day, among them the Foresight Institute and the Extropy Institute. Their general membership started to overlap, as did their boards of directors, with figures like Ray Kurzweil ubiquitous. Heavyweight participants include Eric Drexler—the father of nanotechnology—and MIT giant Marvin Minsky. One organization, the World Transhumanist Association, which broke off from the Extropy in 1998, counts six thousand members, with chapters across the globe.

If the emergence of NBIC and the new culture of prediction galvanized futurists, the members were also united by an obligatory and almost imperial sense of optimism, eschewing the dystopian visions of the eighties and nineties. They also learned the dangers of too much enthusiasm. For example, the Singularity Institute, wary of sounding too religious or rapturous, presents its official version of the future in a deliberately understated tone: “The transformation of civilisation into a genuinely nice place to live could occur, not in a distant million-year future, but within our own lifetimes.”