Should we clone Neanderthals? 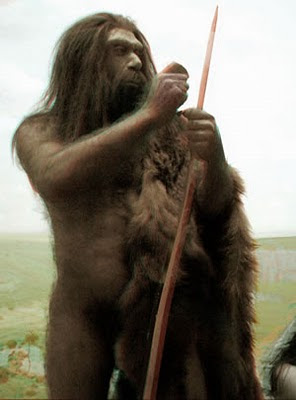 The ultimate goal of studying human evolution is to better understand the human race. The opportunity to meet a Neanderthal and see firsthand our common but separate humanity seems, on the surface, too good to pass up. But what if the thing we learned from cloning a Neanderthal is that our curiosity is greater than our compassion? Would there be enough scientific benefit to make it worth the risks? "I'd rather not be on record saying there would," Holliday told me, laughing at the question. "I mean, come on, of course I'd like to see a cloned Neanderthal, but my desire to see a cloned Neanderthal and the little bit of information we would get out of it...I don't think it would be worth the obvious problems." Hublin takes a harder line. "We are not Frankenstein doctors who use human genes to create creatures just to see how they work." Noonan agrees, "If your experiment succeeds and you generate a Neanderthal who talks, you have violated every ethical rule we have," he says, "and if your experiment fails...well. It's a lose-lose." Other scientists think there may be circumstances that could justify Neanderthal cloning.

"If we could really do it and we know we are doing it right, I'm actually for it," says Lahn. "Not to understate the problem of that person living in an environment where they might not fit in. So, if we could also create their habitat and create a bunch of them, that would be a different story."

"We could learn a lot more from a living adult Neanderthal than we could from cell cultures," says Church. Special arrangements would have to be made to create a place for a cloned Neanderthal to live and pursue the life he or she would want, he says. The clone would also have to have a peer group, which would mean creating several clones, if not a whole colony. According to Church, studying those Neanderthals, with their consent, would have the potential to cure diseases and save lives. The Neanderthals' differently shaped brains might give them a different way of thinking that would be useful in problem-solving. They would also expand humanity's genetic diversity, helping protect our genus from future extinction. "Just saying 'no' is not necessarily the safest or most moral path," he says. "It is a very risky decision to do nothing."

Hawks believes the barriers to Neanderthal cloning will come down. "We are going to bring back the mammoth...the impetus against doing Neanderthal because it is too weird is going to go away." He doesn't think creating a Neanderthal clone is ethical science, but points out that there are always people who are willing to overlook the ethics. "In the end," Hawks says, "we are going to have a cloned Neanderthal, I'm just sure of it."

When it come to cloning extinct species, why do people always focus on larger animals, usually mammals (and occasionally dinosaurs)? Yes, I am including another species of humans as a "large mammal". I would think that reviving extinct species of insects would be easier and more useful for study.

...says Lahn. "Not to understate the problem of that person living in an environment where they might not fit in. So, if we could also create their habitat and create a bunch of them, that would be a different story."