New book: Cognitive Surplus: Creativity and Generosity in a Connected Age in which Clay Shirky argues that, amid the silly videos and spam, are the roots of a new reading and writing culture. 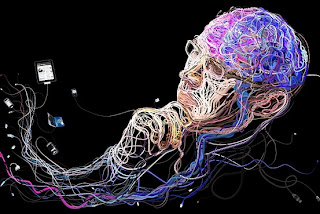 Excerpt from the WSJ review:

The case for digitally-driven stupidity assumes we'll fail to integrate digital freedoms into society as well as we integrated literacy. This assumption in turn rests on three beliefs: that the recent past was a glorious and irreplaceable high-water mark of intellectual attainment; that the present is only characterized by the silly stuff and not by the noble experiments; and that this generation of young people will fail to invent cultural norms that do for the Internet's abundance what the intellectuals of the 17th century did for print culture. There are likewise three reasons to think that the Internet will fuel the intellectual achievements of 21st-century society.

First, the rosy past of the pessimists was not, on closer examination, so rosy. The decade the pessimists want to return us to is the 1980s, the last period before society had any significant digital freedoms. Despite frequent genuflection to European novels, we actually spent a lot more time watching "Diff'rent Strokes" than reading Proust, prior to the Internet's spread. The Net, in fact, restores reading and writing as central activities in our culture.

The present is, as noted, characterized by lots of throwaway cultural artifacts, but the nice thing about throwaway material is that it gets thrown away. This issue isn't whether there's lots of dumb stuff online—there is, just as there is lots of dumb stuff in bookstores. The issue is whether there are any ideas so good today that they will survive into the future. Several early uses of our cognitive surplus, like open source software, look like they will pass that test.