Followup on Haiti, Science, Brinstuff and the Enlightenment! 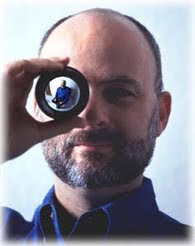 Salon Magazine asked to publish as a main article an updated version of my essay about reconstruction in Haiti, wherein I suggest the establishment of clear corridors for every kind of right-of-way, across the capital city—mass transit, sewer, water, electricity, fiber-optics, even WiFi can go in cheap, if all pathway issues are settled at once—so that the skeleton and sinew and bloodstream of a vibrant city can arise... leaving all the subsequent details to Haitians. Drop in and give the essay traffic! Comment if you like.

And hold on till the end for one of my mini-essays about "The Enlightenment and It's Enemies" !

And on the Transparency front... See the les professional kind of police behaving exactly as predicted in The Transparent Society. “Since the police beating of motorist Rodney King in 1991, men in blue have looked warily at the civilian videotaping of arrests and other police activities. Some cops are so opposed to the practice, they've begun arresting the amateur videographers and charging them criminally.” In fact, nearly all such arrests have been dismissed. The important thing now is to make all police aware of that fact, so that continuing to do this becomes knowing and culpable false arrest.

Any educators out there... or folks interested in creative new approaches to interface... here’s something interesting you might browse. "HASTAC and the MacArthur Foundation are excited to launch the third year of the Digital Media and Learning Competition. Today, young people are learning, socializing, and participating in civic life in dramatic new ways and assessing information in ways never before imagined."

I have a small consortium that has submitted an application for a grant to develop breakthrough “collaboration ware” to help students do team projects (a big part of the modern American curriculum) with vastly more efficiency and fun.

And now my request from some of you. Public commenting on the 2010 HASTAC/MacArthur Foundation Digital Media and Learning Competition is now open! Join the conversation. Log in to provide feedback and comments on applications and see how others are reacting to your application. Register to add your comments at: http://dmlcompetition.net/pligg/register.php by creating a user name and password (please note the user name and password you created to submit an application will not work; all users must create new logins). You will receive an activation e-mail, with a link to confirm your address, and can then log in to the system. Take a look at as many of the brief 50-word project descriptions as you can. If something looks interesting, you can either read more (a 300-word description) or save it and come back later for a closer look.Once you’ve taken a look, we encourage you to discuss (post a comment) or tell a friend.

Favorable comments on our “TeamBuilder” proposal are, of course, most welcome!

Shaped like a leaf itself, the slug Elysia chlorotica already has a reputation for kidnapping the photosynthesizing organelles and some genes from algae. Now it turns out that the slug has acquired enough stolen goods to make an entire plant chemical-making pathway work inside an animal body. The slugs can manufacture the most common form of chlorophyll, the green pigment in plants that captures energy from sunlight, Pierce reported January 7 at the annual meeting of the Society for Integrative and Comparative Biology. Pierce used a radioactive tracer to show that the slugs were making the pigment, called chlorophyll themselves and not simply relying on chlorophyll reserves stolen from the algae the slugs dine on. (BTW... I showed humans doing this in Heart of the Comet.)

Have you heard of Rav Patel? In his book The Value of Nothing, Patel reveals how we inflate the cost of things we can (and often should) live without, while assigning absolutely no value to the resources we all need to survive. Though, of course, there probably is some vegetarian bias in there!

UPDATE on AUDIO BOOKS from audible.com. See these great Brin titles available in audio version to listen-to during your commute!

=== Defending the Enlightenment = a mini-essay ===

See a fascinating review of The Anti-Enlightenment Tradition by Zeev Sternhell, in which the Israeili philosopher covers a vital topic, resonant with many things I’ve been saying about how the progressive Enlightenment is under frenetic attack, by those scheming to restore older, oppressive ways...

... only with an important difference that prompts me to offer up an observation and a cavil. For, when I speak of the “Enlightenment” I am referring to something much more modern and ongoing that what campus academics refer-to, when they use that word. To me, it stands for the great experiment of Western Civilization, the sole time that any post-agricultural society discovered a viable alternative to the age-old human attractor state, the standard pattern that dominated perhaps 99% of cultures since history began -- rule by inherited oligarchy.

Yes, our current experiment evolved out of the French Enlightenment of Voltaire and Rousseau. But what we have today—and must defend against concerted assault—is only related to that drawing room debating society, as a child is to its grandparent.

Indeed, had the Enlightenment depended only upon its French-Idealist wing, whose love of abstraction sometimes borders on the mystical, the movement would long ago have foundered. It is the Anglo-Scot-American offshoot, with its emphasis on pragmatism, reductionist science, “otherness” inclusionism and material progress in the physical world, that truly changed the world. It is this wing that kept the Enlightenment alive, by powerfully resisting and then quelling the fascist and Stalinist empires. It also was responsible for spreading both practical advancement and modernist ideals to all corners of the globe.

This is an important distinction. For, while the French and American branches of the Enlightenment share many values -- a belief in progress, in human improvability, in divided and accountable power, in free argument and in the value of the individual—the more abstract French wing turns about and partakes in a kind of madness that is rooted in bad old habits that stretch all the way back in Plato—the notion that one can logically derive important conclusions about reality, via words alone. Given that Plato turned out to be just about the most anti-enlightenment philosopher of all time, an implacable enemy of democracy and science, this descent of reason should be troubling.

Indeed, the obsession of scholars, associating the Enlightenment with abstract reasoning, runs smack up against what should be considered the Enlightenment’s greatest insight -- that humans are inherently delusional beings, able to talk ourselves into anything at all. The French Idealist branch acknowledged this problem -- and replied that the answer would be found in better reasoning. A well-meaning, but inherently untrustworthy prescription. One that is, in fact, delusional in its own right.

By contrast, the pragmatic-scientific wing said: “Everybody will be deluded, as a matter of basic human nature, and we are terrible at spotting our own errors. Rationality can be just another method for incantatory justification and rationalization. But there is another answer. If we cannot spot our own mistakes, we can often notice each others! Through well-run competitive systems, like democracy, markets, and science, the give and take of reciprocal accountability can edge us ever forward toward the truth.”

Oh, sure, these competitive systems are very hard to set up and maintain. As one of the earliest leaders of the Anglo-American wing, Adam Smith, described, it is hard to arrange circumstance under which competition delivers all its benefits—creativity, innovation, vigor, accountability and error detection—without soon drawing in its own worst enemy, cheaters. As both Smith and Karl Marx pointed out, Capitalism and Democracy can turn into their own worst enemies. These pragmatic tools require endless fine-tuning, a gritty chore that often makes people tempted to turn back to simplistic dogmatism. (e.g. our present “culture war.”)

Still, the Enlightenment needed path away from the trap of essentialism, in which Rousseau and Hobbes railed at one another over flawed, overly simple descriptions of human nature. It was John Locke, founder of the Anglo-American branch, who said: Wait, you are both right and both wrong. Man is both noble and corrupt. We are complex, and we need systems that can harness that complexity, rewarding the noble traits and binding the corrupt ones. Toward this end, abstractions may inspire, they may lift our hearts... but they do not get the job done.

Hence, my conclusion to a garrulous aside. It is wrong for well-meaning scholars like Sternhell to continue calling the abstract-idealist branch of the Enlightenment its defining center. Not when most of the movement’s greatest continuing achievements were attained by the other, pragmatist/materialist branch. Not only does this ignore the Enlightenment’s greatest strengths, at a time when it is under siege by deadly foes, but this old-fashioned fixation seems obdurate, scholastic, and even rather quaint.

(Thanks Michael Rus, for spurring this thread.)

Shades of the Crystal Spheres!

What the Ancient Greeks Can Tell Us About Democracy

"Defending the Enlightenment" is a great mini-essay. My compliments!

Reason is fine - it certainly beats faith as a means of determining the truth - but nearly everyone thinks that they're using reason. To really determine the truth, you need evidence. That's the key.

As you say, we're terrible at spotting our own errors. But if we rely on evidence, then, through the marketplace of ideas, we can count on other people to demonstrate how we're wrong, as we gleefully demonstrate their own errors. Provided we're willing to change our minds, based on the clear evidence, we all progress.

IMHO, we need to teach everyone the reasoning behind the scientific method and the guidelines for determining what is good evidence and what isn't. We still might have cheaters in the marketplace of ideas, but perhaps they'd have a harder time of it.