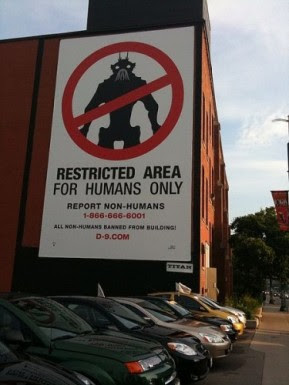 The Institute for Ethics and Emerging Technologies is holding a seminar on the Biopolitics of Popular Culture at Eon Reality in Irvine California on December 4, 2009. This seminar will precede the Humanity+ Summit, December 5-6 at the same venue.

Popular culture is full of tropes and cliches that shape our debates about emerging technologies. Our most transcendent expectations for technology come from pop culture, and the most common objections to emerging technologies come from science fiction and horror, from Frankenstein and Brave New World to Gattaca and the Terminator.

Why is it that almost every person in fiction who wants to live a longer than normal life is evil or pays some terrible price? What does it say about attitudes towards posthuman possibilities when mutants in Heroes or the X-Men, or cyborgs in Battlestar Galactica or Iron Man, or vampires in True Blood or Twilight are depicted as capable of responsible citizenship?

Is Hollywood reflecting a transhuman turn in popular culture, helping us imagine a day when magical and muggle can live together in a peaceful Star Trek federation? Will the merging of pop culture, social networking and virtual reality into a heightened augmented reality encourage us all to make our lives a form of participative fiction?

During this day long seminar we will engage with culture critics, artists, writers, and filmmakers to explore the biopolitics that are implicit in depictions of emerging technology in literature, film and television. 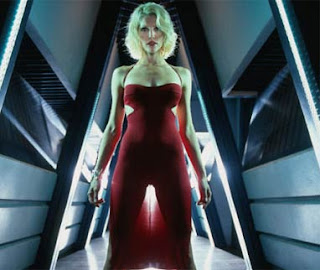 Other speakers include:
Learn more and register today.
Posted by George at 11/05/2009

Email ThisBlogThis!Share to TwitterShare to FacebookShare to Pinterest
Labels: institute for ethics and emerging technologies

Sounds like an exercise in "geek hermeneutics." BTW, I've learned more about the Twilight story than I cared to know from a 20 year old female employee, who just had to tell me all about them. (Interestingly enough, she said she normally doesn't read much, but she devoured all four of those novels.) Apparently in the 4th novel, the heroine, Bella Swan, acts like a "reverse Arwen." She renounces her humanity to become a negligibly senescent vampire so that she can stay with her vampire husband Edward Cullen forever.

I doubt the popularity of this franchise will make any practical difference in our culture's attitudes towards transhumanism, however.

@Mark Plus: It probably won't because most of the people who like Twilight read it because of the hot sparkly vampires, not because of any transhumanist subtext.

Also tonight's episode of Sanctuary had something of an inversion of the usual "person seeking immortality pays huge price" trope.

I think it might cause an impact since the books show the lead choosing immortality over humanity as the better choice. As a fan I know it had opened a few questions about if the fans support immortality or not, and even though a great part of it are still afraid or wary of the idea some are more willing to consider the advances and some of them are up for it. I think younger generations might discuss immortality with a lot more POV to consider it a choice.