Bailey: Transhumanism and the Limits of Democracy 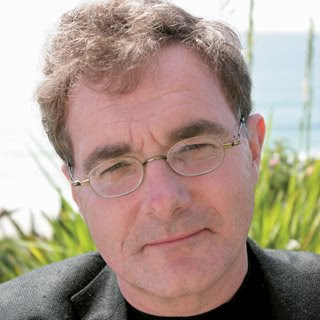 Reason Online's science correspondant Ronald Bailey has published a paper he presented at the Arizona State University's Center for the Study of Religion and Conflict Workshop on Transhumanism and the Future of Democracy last week.

The workshop addressed such questions like, how does the enhancement of human beings through biotechnology, information technology, and applied cognitive sciences affect our understandings of autonomy, personhood, responsibility and free will? And how much and what type of societal control should be exercised over the use of enhancement technologies?

In his paper, Bailey argues that a number of democratic transhumanists, including James Hughes, have "fetishized" democratic decision-making over the protection of minority rights. Instead, argues Bailey, transhumanism should be accepted as a reasonable comprehensive doctrine that should be tolerated in liberal societies by those who disagree with its goals.

Bailey, who is one of the movement's most vociferous advocates (although I doubt he'd refer to it as a "movement"), is largely arguing on behalf of the libertarian perspective. What he describes as 'democracy' in this context is any kind of collective or institutional interference against what he considers to be our civil liberties. In other words, Bailey feels that morphological, cognitive and reproductive liberties need to be protected against the reactionary masses and bureaucratic interference. "Technologies dealing with birth, death, and the meaning of life need protection from meddling—even democratic meddling—by those who want to control them as a way to force their visions of right and wrong on the rest of us," writes Bailey, "One's fellow citizens shouldn't get to vote on with whom you have sex, what recreational drugs you ingest, what you read and watch on TV and so forth."

In addition, Bailey illustrates the problems of democratic authoritarianism by detailing some of the history of legal interference with reproductive rights. He also analyzes the various arguments used by opponents of human enhancement which they hope will sway a majority into essentially outlawing the transhumanist enterprise.