From Homo sapiens to Homo evolutis 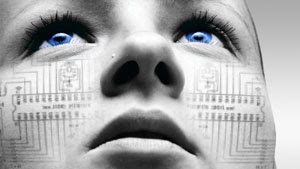 At TED 2009, Juan Enriquez talked about the new human species emerging before our eyes. Thanks to an array of biological advances and our growing aptitude in robotics, we now find ourselves in the early days of the deliberate creation of what he called a new species.

Awesome that Enriquez would talk about this topic at TED, but I think the 'Homo evolutis' meme is rather regrettable and vague. Sounds like a neologism for the sake of a propagating a neologism. I'm a little more comfortable talking about transhumanism, self-guided evolution, post-Darwinianism, post-biology and posthumans.

Comments from my Twittersphere:
More.
Posted by George at 2/08/2009