Drug use among pets increasing 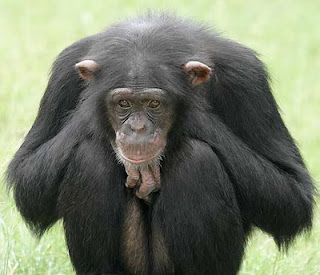 A recent National Geographic article addresses the increasing tendency of some pet owners to medicate their pets with anti-depressants and other psycho-pharmaceuticals that have been explicitly developed for humans.

The issue made headlines earlier this month after a pet chimp attacked a woman in Connecticut leaving her in critical condition. The chimp may have been given the anti-anxiety medication Xanax because he was agitated -- a claim that his owner later retracted.

Demand for anti-anxiety medications for pets is growing, in part because of increased public awareness of the drugs' potential benefits, said animal-behavior expert Bonnie Beaver of Texas A&M University's College of Veterinary Medicine.

It's not known, however, exactly how many pets are taking such drugs, Beaver said.

Common side effects of anti-anxiety medications in pets include drowsiness or sedation, said veterinary behaviorist Melissa Bain of the University of California, Davis.

But in dogs, drugs such as Xanax can reduce inhibition, worsening aggression problems, Bain said. Dogs that are both fearful and aggressive, for example, may lose their fear and lash out.

"We use [anti-anxiety medications] with caution in aggressive animals, by all means," she said.

Other side effects of Xanax, noticed in dogs and cats, include excitement, irritability, and increased affection.

I could write a tome about this topic. This trend raises a number of issues:
I would be interested to hear what you think. Please feel free to share your thoughts on the matter.
Posted by George at 2/28/2009

Agreed with bullets one through four.

On point five, I'm not sure what Singer would say (though I'd imagine a domesticated animal ill-adapted to living wild would gain more utility by living a domestic life than it would lose through limited freedom). I do know most every animal rights advocate I know, and as one myself I know many, agrees that domestic animals ought to be spayed and neutered, breeding should be halted, and in time the practice will end naturally. But there is pretty universal agreement that people should continue to "have" pets as long as there are pets to have, as the alternative is widespread suffering.

The problem with giving psychiatric drugs to animals is that we don't understand their cognitive processes nearly as well as we understand our own. For example, a doctor can ask a person how he likes his new meds and if he feels better on them, but you have to give an educated guess at how a dog feels. Further, we've already seen the disaster of giving certain anti-depressents to teens: their brain chemistry is just different enough even at the age of 19 that these drugs actually increase suicide rates when administered. Now imagine giving an antidepressant to a dog. Sure, the dog won't commit suicide, but you really can't very well predict how he will feel.

Most of these drugs are a disaster for humans as well -- anxiolytics of the benzodiazepam family are also powerful amnesics with often irreversible effects and antidepressants flatten emotional response (which is necessary for making moral judgments).

As for domesticated animals, it's unlikely that they will do well in the wild and, oddly enough, they tend to "humanize" their owners as well as comforting them.

I don't understand the problem with having pets.

I realize there are issues - neglect, abuse, overbreeding, ecological concerns and so on - but a family or an individual that has a pet and takes responsibility for it shouldn't be problematic.

Growing up, my family usually had one or two dogs around, and generally speaking it's been a great pleasure.

Also, I'm pretty leery about giving psychoactive drugs to animals. Like Tessa points out, we can't communicate with them enough to understand what the effects are.