Guest Blogger: Russell Blackford: On the baggage of transhumanism.

The core idea of transhumanism

Although there is no universally agreed definition of the word "transhumanism", it seems to me that the core idea is rather simple: within certain limits, it is desirable to use emerging technologies to enhance human physical and cognitive capacities, and to make other beneficial alterations to human traits. Furthermore, transhumanists argue that technological intervention in the capacities of the human body and mind will (sooner or later) lead to alterations so dramatic that it will make intuitive sense to call the deeply-altered people of the near or not-so-near future posthuman: they will be continuous with us but unlike us in many ways.

On this understanding, contemporary human beings are approaching a point of transition in history, since the technologies required for transhumanist aspirations are being developed, though they are still at an early stage. We are not posthuman yet, and the technologies do not yet exist to make us so, but we are transitional humans. (The "trans" in "transhuman" refers to this process of historical transition, not to something transcendent.) Note that this will not necessarily involve enormously swift technological change that will create posthumans in the next few decades; nor does it necessarily include anything as apocalyptic as a technological Singularity. While transhumanists are open to discussion of such possibilities, their acceptance is not essential to the idea of transhumanism.

When its essential idea is stated so broadly, I believe that transhumanism is defensible. Arguably, that is enough to make me a transhumanist. I certainly find myself on the same side as transhumanists in many debates about ethical and political issues. At the same time, I am a sceptic about some of the theories or proposals that are discussed within the transhumanist movement, whether it be the aforementioned technological Singularity, the inevitable directionality of biological evolution (which many transhumanists seem to accept), or the proposal for "uplifting" non-human animals (which my host, George Dvorsky, has argued for here). If I do count as a transhumanist, because I think the essential idea is sound, I am a very conservative one as transhumanists go.

Still, there is enormous scope for discussion and debate among people who accept the essential idea that I've identified. In practice, many positions are taken, and I see the resulting intellectual ferment as a sign of the transhumanist movement's health.

Which leads to one more point that I must emphasise - transhumanism is not a body of dogma that must be accepted for admission to something like a transhumanist church; it is not something analogous to a theological system.

Rather, it is a broadly-based intellectual and cultural movement. It's a movement of philosophers, scientists and engineers, artists and writers, activists, and many others who find something positive in their partipation.

For all that, do the words "transhumanism", and its cognates such as "transhumanist", etc., carry too much baggage? Do these words connote something too detailed, specific, and intellectually dubious? So much so, perhaps, that applying the "transhumanist" label to oneself is bad PR (unless you really want to carry all that baggage), and using it of organisations is bad branding? 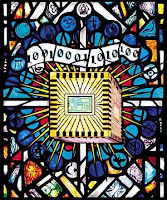 There's been much discussion of this issue over the last few years. I've brought it up, with variations, here in 2008 - and in an earlier piece published in 2004 (which I republished with the 2008 piece).

My 2008 post at Metamagician and the Hellfire Club led to an extraordinary debate in which Greg Egan, for example, argued from a worldview very close to mine, but strongly discouraged use of the word "transhumanism". His initial comment is very trenchant, indeed, including such remarks as: at this stage, quite frankly, to first order I consider a self-description of "Transhumanist" to be a useful filter to identify crackpots. While this might be unfair on a tiny proportion of people, I'm afraid anyone who doesn't want to sink with the whole drooling sub-Nietzschean mob really ought to think of a better name for their philosophy -- or perhaps even eschew labels altogether.

Eventually, the discussion petered out, but only after earnest contributions by the likes of James Hughes, PJ Manney, and other high-profile transhumanist thinkers. Many of the comments were long enough to be posts in their own right, and similar debates were triggered elsewhere, including the venerable Extropians listserve.

This debate goes on. It is now history that the World Transhumanist Association has decided to trade as "Humanity+", given its own concern about the public understanding of the word "transhumanism", and a wish to be seen as more inclusive (and, I think it's fair to say, more respectable in the eyes of potential sponsors). Whether the rebranding will assist the association's cause remains to be seen - but for what it's worth, I support it.

But the debate is inconclusive. On the one hand, I see radical hardcore transhumanists who wish to defend a sweeping vision of mega-brains, computronium, and cosmic-scale engineering. On the other hand, I am actually more interested in building alliances with people who are involved in more immediate debates about such topics as therapeutic cloning. I.e., I am more interested in working alongside someone as influential as John Harris than in someone who, unlike Harris, happens to call herself a "transhumanist" - and who wants to evolve into a Jupiter-brain somewhere in the outer reaches of our solar system (which will have been converted to computronium).

I suppose this locates me in a certain position within the transhumanist movement, insofar as I am part of it. That doesn't necessarily make me hostile to the more radical viewpoints - even if I am a sceptic about some of them. Indeed, as editor-in-chief of The Journal of Evolution and Technology, I am very interested in receiving articles that defend radical transhumanist visions in detail, and present them in their strongest form, with the highest level of argumentative rigour (as I also outline here). Let's get all these ideas on the table in the strongest form possible, so we can continue to raise the level of the debates. My own writing, however, will continue to have more modest goals, focused on a defence of freedom and reason, including the freedom to use science and technology, in more immediate ways, to better the human condition.

Russell Blackford is an Australian philosopher. He has published extensively (novels, short stories, academic monographs and articles, and book reviews) and is editor-in-chief of The Journal of Evolution and Technology. His home blog is Metamagician and the Hellfire Club.
Posted by Russell Blackford at 1/22/2009

I've called myself a transhumanist the past few years but this article has convinced me that perhaps the term is one we ought to avoid given its association with crackpots and hyperenthused pseudoscience. I'll read up on the discussions linked and mentioned and consider my association with the label (not the movement) further.

One thing that immediately comes to mind about the phrase is already has this sort of new-age tinge to it in the first place, given its potential confusion with trans- as "transcendent".

Transhumanism should be firmly grounded in the modest, methodological process of science, even if its vision discards such modesty and looks boldly towards our future.