Guest Blogger: Russell Blackford: Now that we know each other a little bit better ...

... let me stop for a bit to thank George Dvorsky publicly for inviting me as a guest blogger here at Sentient Developments. It's an honour to be writing for such a classy and highly-regarded blog, and I'm certainly enjoying the experience so far. 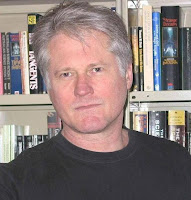 I have quite few more topics to get to before they shoo me out of here. Among them, there's an update on the situation with The Global Spiral, which published a special issue last year, devoted to transhumanism. I discussed this at the time in a series of posts in June/July 2008, over on my own blog, starting with this one. But things have now moved along.

It's also, I think, worth saying a bit about a related topic, what might be called "The baggage of transhumanism" - an issue that clearly affected the rebadging of the World Transhumanist Association when it moved to "Humanity+" as its "trading as" name - a move that I approve of, by the way. But how much baggage does the word "transhumanism" carry, right now? Far too much to be worth using, according to Greg Egan, who took part with some other heavyweight intellects in a spirited debate over here (I've linked to a post that has far and away my record for number of comments in reply ... 185 of them in all).

Also, I still owe Part 3. of my series of posts on the philosophy of religious freedom. That will be coming up soon.

Stay tuned: there's some good discussion ahead of us over the next few days, I hope.

Russell Blackford is an Australian philosopher. He has published extensively (novels, short stories, academic monographs and articles, and book reviews) and is editor-in-chief of The Journal of Evolution and Technology. His home blog is Metamagician and the Hellfire Club.
Posted by Russell Blackford at 1/20/2009