In Part 2. of this series, I concluded that freedom of religion, despite its undeniable importance, has significant limits to what it can, or should, achieve. In particular, it is not a free pass to break laws that could be decribed as "religion blind": laws with some legitimate secular justification, such as the need for state power to protect us from acts of violence or theft.

Could there be situations where the state must enact laws that are not religion blind or are not of general application, with the effect of suppressing religious organisations or doctrines, or associated practices? We're not talking here about a law that applies to everybody, such as the prohibition of murder; quintessentially, I mean a law that, for example, prohibits attendance at religious services conducted by the Roman Catholic Church.

In pinciple, the answer must be that no political freedom is absolute, so there could be some situation where a compelling justification is made out. In practice, however, I expect that this would be extremely rare. Any situation that actually arises is likely to be one where the law proposed is not justified … or else it will at least arguably be a law of general application if it's looked at fairly.

The only more-or-less clear situations I can imagine are where specific laws might have to be made to constrain the actions of religious groups that attempt to coerce individuals not to leave, or in some other way exercise power over individuals that causes them serious harms that they cannot realistically be said to have consented to freely. In such a case, the Millian harm principle could be invoked in an effort to protect individuals from private power (bearing in mind the obvious fact that the relationship between the state and its citizens is not the only power relationship in modern societies). But even here, whatever action the state takes must have a narrow aim and be appropriately tailored and confined to it.

Locke proposed that the state should tolerate almost all religions, including all sects of Protestant Christianity ... plus Judaism, Islam, and pretty much the range of religions outside the Abrahamic tradition. But he did not think that atheists or Roman Catholics could be tolerated. Note, however, that he gave secular reasons as to why. Atheists, he thought could not be trusted to keep their oaths (lacking belief in divine retribution). If he'd been right about that, tolerating atheism would (maybe ironically?) do secular harm. Roman Catholics were beyond the pale, according to Locke, for another reason: he saw them as undermining loyalty to the nation because they maintained a higher loyalty to the hierarchs of the Vatican. While these are not actually great examples, as we now know, the important point is that Locke offered what he thought were compelling secular justifications.

The lesson I draw from Locke's examples is that we should be sceptical when someone offers what they consider a compelling secular justification for abridging freedom of religion, rather than merely requiring everyone to obey the general law (which should be constrained by principles such as the Millian harm principle).

Finally, nothing that I've said rules out offering religious believers some accommodation in cases where this can be done without undermining the secular purpose of a law. This may be wise in order to avoid tensions, or to express some understanding and acceptance of other ways of thinking. However, where the state does this it is more the extension of a concession than something it is bound to do in order to grant freedom of religion.

After all, think of case like this. We might have defensible secular laws of general application setting health standards for cheese manufactured in our local jurisdiction or imported into it. Those rules might balance many interests, including bureaucratic simplicity. While the law is probably a legitimate one (let's assume this), does it matter if everyone obeys it strictly with no exceptions? Perhaps not, if the exceptions are defined clearly and narrowly. What if a cheese importer tells the government that it has been importing cheese that does not meet the standards – but does meet an alternative set of standards that has been used successfully in France? I think there's then a good case to amend the legislation to allow the importation of cheese from France that meets the relevant French standards.

Often the law, quite legitimately, has a degree of wiggle room; if it does, there may be scope to accommodate people who'd be badly affected by it if it were applied with no exceptions. In those cases, I don't mind religious (or cultural) groups asking for some kind of well-defined accommodation. E.g., it might be possible to give some exemptions to Muslim communities or groups of Australian Aboriginal if general standards for burials cut across the practices of those groups, and if the particular exceptions/exemptions can be made without substantial harm.

But accommodating people is a two-way street. For a start, it might not be possible for them to be accommodated totally. That might create too great a cost. Or the people being accommodated might have to make some contribution towards the state's policy, even if full compliance is not demanded of them. And there may be other factors. 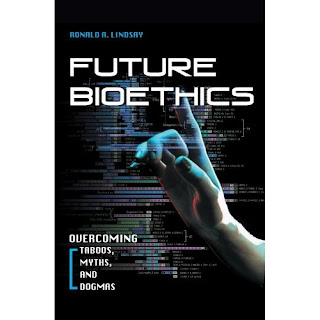 There's an excellent chapter on this kind of issue in Future Bioethics: Overcoming Taboos, Myths, and Dogmas, by Ronald A. Lindsay - a book that I recommend to all readers of this blog. Lindsay is writing in the context of religious claims for a right of "conscientious objection" in the field of health and medicine. He argues that we often have good reasons to resist claims for conscientious objection in that field.

Whatever the merit of individual situations, my main point here is that freedom of belief, conscience, and worship does not give you an automatic ticket to have your scruples accommodated every time they clash with the requirements of the general law.

That's not freedom of religion – it's something else entirely. Considered by itself, it falls far short of the sweeping freedom to believe in even the most bizarre or illiberal doctrines without being persecuted by the state (but not necessarily to act on them). Considered as added extra, it goes well beyond freedom of religion as Locke understood it, and as I believe we should understand today.

Russell Blackford is an Australian philosopher. He has published extensively (novels, short stories, academic monographs and articles, and book reviews) and is editor-in-chief of The Journal of Evolution and Technology. His home blog is Metamagician and the Hellfire Club.
Posted by Russell Blackford at 1/20/2009