Guest Blogger: Russell Blackford: How to avoid a spiral of nonsense; or, the transhumanists strike back.

This was part of an project devised to investigate the merits and implications of transhumanism, funded heavily by the Metanexus Institute and administered by Arizona State University (ASU). Large amounts of Templeton Foundation money were ploughed into two series of lectures that were highly critical of transhumanism, and ASU then ran a two-day workshop in April 2008. The Global Spiral special issue was based on the papers presented at the April workshop. Although large amounts of money were thrown at all of this, it is notable that no self-described transhumanists or thinkers otherwise associated with transhumanist movement were flown to Arizona at any stage, or otherwise invited to take part. It was very much a matter of intellectuals who are (to varying degrees) hostile to the transhumanist movement coming together to examine it from the outside.

I've had my say about the separate papers here, here, here, here, here, and here. Perhaps I would respond to some of these individual pieces somewhat differently, if I were now to review them all one by one. I've had time for further reflection, and I doubtless learned a fair bit from the heat of last year's debate. In any event, I'm not going to go over each one in this post.

Still, this project is a prestigious one, and likely to be influential (at least in certain circles). It was certainly worth engaging with. All the more so because there was so much hostility expressed towards transhumanism - or what the scholars concerned imagined transhumanism to be. Notably, not one of the authors involved was able to offer a clear and plausible account of what transhumanism is.

In fairness, this may be because transhumanism is very diverse. It's a phenomenon that may well look different in Italy (say) from how it looks in (say) California or Nairobi. Not only that, there may be considerable debate about the essence of transhumanism, or what is important to it, among different thinkers in Italy (or in California, or Nairobi, or wherever). Transhumanism is a cultural, social, and political movement with much internal variety and debate.

But is too much to ask of the people involved in the Templeton/Metanexus/ASU/Global Spiral project that they at least realise that much? With the amount of cash flying around, someone should have been able to hire a competent research assistant to figure it out.

All too often, I had the impression of unsympathetic people attacking a parody of transhumanism, something synthesised from a few books or articles by Ray Kurzweil (who does not even call himself a transhumanist) and a few others, while missing out on what the transhumanist movement is really all about. Sure, there may be some actual transhumanists whose views correspond fairly closely to the vulgar, simplistic synthesis which the Global Spiral authors decided to attack. But transhumanism is a far more variegated and subtle phenomenon.

The transhumanists strike back: avoiding a spiral of nonsense 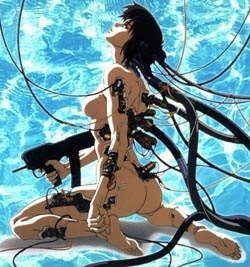 To the credit of The Global Spiral's editorship, however, it has permitted a sort of right of reply. We need to thank Natasha Vita-More for making contact, and getting the editors to agree to a further special issue - but this time with essays from leading transhumanist thinkers, or thinkers associated with the transhumanist movement, all asked to respond to specific pieces in the original issue. Natasha asked me to consider the piece by Lutheran theologian Ted Peters, in particular.

Ten thinkers will appear in the forthcoming issue: apart from Natasha Vita-More and Russell Blackford, whom I've already mentioned, there will be Max More, Aubrey de Grey, Amara Graps, Mark Walker, Martine Rothblatt, Mike LaTorra, Nick Bostrom, and Sky Marsen. This is enough intellectual firepower to show that "our" side is quite capable of critiqueing the critiques. (I must put scare quotes around "our side", as I did, because much of the point is that there is no "our side" in any simple sense; the transhumanist movement is simply too diverse for that, with many complex positions on offer, and with thinkers who continue to reflect ... and to refine their views.)

I'm pleased to have been asked to contribute this project. I'm sure it will be successful, and I expect a body of writing that is far more fresh and subtle than the rather tired criticisms of a vulgar parody of transhumanism.

Russell Blackford is an Australian philosopher. He has published extensively (novels, short stories, academic monographs and articles, and book reviews) and is editor-in-chief of The Journal of Evolution and Technology. His home blog is Metamagician and the Hellfire Club.

(With apologies to George for stealing his Ghost in the Shell image. I couldn't resist it for the purpose of this post.)
Posted by Russell Blackford at 1/21/2009

In any sufficiently large and diverse group, there seem to arise walking strawmen, individuals who in all candour and honesty embody the traits of a caricature. Witness the fundamentalist Bible-thumping Christians, not to mention the knee-jerk atheists of Internet discussion fora. (The tendency of Internet discussions to make visible only part of an individual's personality no doubt exacerbates this problem.) Look hard enough, and you'll probably find a few naive Singulatarians who have read Kurzweil and little else; the message they receive meshes so perfectly with their desires that their baloney-detection faculties are never engaged.

All that said, critiquing the most caricature-friendly fringe of a movement does not substitute for critiquing the rest of it. The views which are fringe in a philosophical sense may be socially or politically significant, a case which is arguably true for fundamentalist Christianity (as opposed to the theologically refined flavours, which sometimes seem to be held by twelve old men, all of whom live in Oxford). I am doubtful that this case holds true for transhumanism.

(Incidentally, aside from a few pages skimmed at a friend's house, I've only ever read the Ghost in the Shell manga in French. If we get another economic stimulus package, I might buy a translation into American and compare the two. On the days when my physics career seems to be going nowhere with unusual rapidity, I've seriously contemplated contacting my literature professor friends from days past and writing a master's thesis on the GitS franchise.)