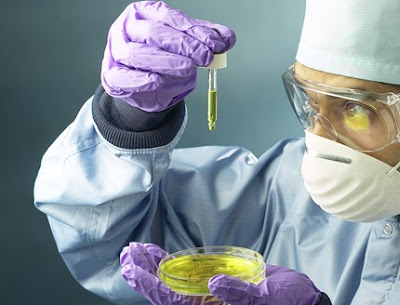 Fantastic news hit the wire this past Friday: the United States became the first country in the world to approve a clinical trial of embryonic stem cells in human patients. Less than one week into the Obama presidency and the country is already looking to overturn nearly a decade of regressive bioethical policies.

But what looks to be the USA's gain may turn out to be Canada's loss.

Now, I've written before about the recent parallels between Canada and the U.S. and their recent efforts to stall scientific advancement. With Obama entering the picture, however, the U.S. is looking to emerge from its Dark Age. Meanwhile, here in Canada, we continue to dawdle under Conservative Prime Minister Stephen Harper. While once a prime example of how the funding and organization of scientific research can and should be done, Canada is now drifting into a second class country in terms of its commitment to science, technology and the future. Unless Canada takes inspiration from the U.S., the negative repercussions could be disastrous and longstanding.

The problems in Canada are starting to mount and run deep. The Prime Minister, for example, has no official science adviser, nor does he plan on reinstating the position -- and this despite calls from the scientific community to implement an office of science and technology at the cabinet level.

Instead we get a patronage appointment of the Creationist Preston Manning to the toothless and stunningly useless scientific advisory board.

Obama, meanwhile, has appointed leading scientists as advisors in his inner circle, such as Nobel Prize-winning physicist Steven Chu as his secretary of energy, and Nobel laureate Harold Varmus and MIT genome biologist Eric Lander as chairs of the Presidential Council of Advisors on Science and Technology.

And it gets worse: half of Canada's 500 biotech firms are expected to run out of cash within the year. This grim possibility has prompted calls for the commercialization its top-notch research by offering tax and investment incentives to spur industry. Research leaders want the feds to treat science as an industry that is as vital to economic recovery as propping up the auto sector and building roads.

Even worse yet is the threatening brain drain. Canada could lose its competitive edge owing to the Obama advantage -- not to mention the ethical implications of knowingly failing to develop lifesaving and life improving biotechnologies like regenerative medicine.

Under Harper's Tories, research funding to Canadian universities has declined appreciably. The reasons for this change are undeniably ideological; the Conservative Party has expressed skepticism on the science of climate change, while their religious sensibilities have crept their way into legislation (a number of Conservative Parliamentarians are evangelical Christians, including Harper). In addition, the Conservatives' overruling of the Nuclear Safety Commission, the firing of the commission's president and their decision to abolish the office of the independent national science advisor have brought international criticism.

Canadian scientists and researchers have been keeping a close eye on the election happenings in the U.S. and the kind of science policies that Obama will put into place. Knowing that Stephen Harper is unlikely to invoke similar changes, they are biding their time and waiting for an excuse to bail on Canada.

This kind of brain drain is exactly what Canada does not need right now. We are already losing physicians to the U.S. at an alarming rate. The number of Canadians without a doctor is currently at unacceptable levels.

The Conservative government should take pause over the possibility that our best research minds are poised to leave the country. Moreover, if Canada is going to compete in the global market and provide its citizens with the best medical technologies that science has to offer, it had better rekindle its commitment to medical research.
Posted by George at 1/25/2009

On another note and of potential interest is money in the UK for a study to assess the viability of using stem cell therapy for stroke victims: Here. Whilst this article, published some 8 years ago indicates just how long such therapies take to come to market.

It will be helpful to have a lot of new ESC lines to study, although the future of human stem cell therapies probably lies with induced pluripotency, not ESCs.

Unfortunately the proposed clinical research I've seen using ESCs looks quite sloppy in concept. As if the clinicians want to rush to be the first.

Remember how genetic therapies were set back by badly designed research using massive infusions of adenoviral vectors? The same type of sloppiness in ESC clinical research could backfire. We can do better than the trash ESC "research" China is doing now.

It isn't clear that all the progress that's been made in induced pluripotent stem cells would have occurred had NIH been funding ESC lines and clinical research in an unrestricted manner. Be thankful for small favours. Sometimes it's better to go slowly, regardless of the underlying rationale.