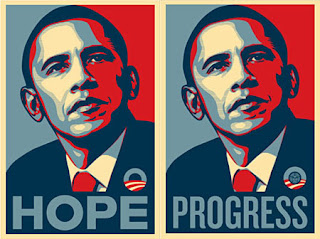 A number of months ago I was in Ottawa leafing through a political paper when I read something that made the hair on the back of my neck stand on end. It was an article by foreign affairs expert Gwynne Dyer about the various challenges that await Barack Obama should he win the U.S. presidency.

In a very matter-of-fact tone, Dyer argued that Obama may not live to see the end of his first term, "for it is generally assumed that, as the first African-American president, he will face a higher than average risk of assassination."

This was an upsetting realization. It's what futurists refer to as a wild card -- a low-probability but high-impact event.

But just how low-probability is it? My own feeling is that the chances are higher than we would like to believe.

This meme may turn into a self-fulfilling prophecy, inspiring a fanatical few to actually consider the act. Just this week it was revealed that a potential plot against Obama's life was thwarted. It will undoubtedly not be the last.

And so pervasive is the fear that a recent art exhibit titled "The Assassination of Barack Obama" presented the possibility as a foregone conclusion.

Indeed, assassinations are an indelible part of U.S. history. The whole idea of presidential assassination as a radical political tool has expanded to become a fixture of American culture. It's become the stuff of folklore, conspiracy theories and Hollywood films.

Moreover, the United States has a disturbing potential for right-wing extremism. The horror that was 9/11 caused many Americans to forget about its own internal ideological failings; it is America's incipient nativism and white supremacist legacy that led Timothy McVeigh and others to bomb the Alfred P. Murrah Federal Building in 1995 killing 168 people. It is not a stretch to suggest that someone of the same ilk is looking to target Obama -- the potential black U.S. president with a foreign sounding name.

And what a shame it would be if this were to happen, to see the U.S. dragged down to the level of political extremism that saw Benazir Bhutto assassinated earlier this year. Politicians shouldn't have to fear for their lives. The democratic process is put at risk when an extreme few take matters into their own hands because they cannot bear to witness the will of the majority.

As for my contribution to the perpetuation of the "assassinate Obama" meme, I almost didn't write this article because of it. But this is one sick cat that's already out of the bag.

Sadly, the only thing to do now is hope for the best and brace for the worst.
Posted by George at 8/26/2008

The key to understanding this is not in attribution, since anyone can be implicated for anything in our day. Tim McViegh visited militia meetings for the express purpose of implicating by association the militisa movement. Fortunatly they had the good sense to see what was happening and showed him the door.

But, no matter, it was enough. There are so many WTF moments when you start reading the events associasted with the OKCb. Even, sTEPHEN jONES' BOOK was an obvious attempt to tell all that could be told without ending up in your own cement overshoes, or canoe accident or plane crash.

The meme is out there, the culprits have been fingered before hand, all you need now is some GED recruits to play the bad guys while having some kind of stupid training drill, to be the patsies. They'll be carted off to the Witness Protection Program, be set up in another part of the world with money, and occasional little duties as directed.

And the world will become less safe day by day...