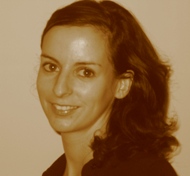 An Ravelingien of Ghent University has published a paper titled, "On the moral status of humanized chimeras and the concept of human dignity." Definitely up my alley. Here's the abstract:

Recent advances in the technology of creating chimeras have evoked controversy in policy debates. At centre of controversy is the fear that a substantial contribution of human cells or genes in crucial areas of the animal’s body may at some point render the animal more humanlike than any other animals we know today. Authors who have commented on or contributed to policy debates specify that chimeras which would be too humanlike would have an altered moral status and threaten our notion of ‘human dignity’. This setting offers a productive opportunity to test the notion of human dignity and to emphasize some of its weaknesses as an ethical tool. Limiting chimerism experiments on the basis of whether or not it undermines or challenges human dignity implies a clear demarcation of those characteristics which are typically, and importantly, human. Evidence of our evolutionary ties and behavioral similarities with other animals seem to annul all attempts to define the uniquely human properties to which human dignity may be attributed. Hence, it has been suggested that the particular moral status associated with humans cannot be explained for beyond an intuitive basis. In what follows, we will argue that the difficulties inherent in the notion of human dignity lie not in the impossibility to acquire a list of properties which are unique to humans, but rather in the difficulty to demonstrate the moral relevance of these properties, and particularly the relevance of their being human. We offer an alternative interpretation of the concept of dignity which is not necessarily related to being human.

An Ravelingien Ph.D. is an assistant researcher in bioethics at the Department of Philosophy, Ghent University. An has focused on various strategies meant to counter the organ shortage, such as transgenic xenograft organ transplants from pigs. An is currently working on on ethical and social implications of cognitive enhancement.

The paper can be downloaded here.

Excellent post George. This is why I've added Sentient Developments to my blogroll at Three Rivers Online. In my spare time, I try to contribute to Cyborg Democracy where people say my stuff sucks. And it might. Because transhumanist issues are not at the top of my agenda.

I was wondering if I could borrow a few of your posts being that they're brilliant and more on point than my music posts. I might steal something from Ken MacLeod as well...

Philip -- Thanks for your interest. You can link to my articles and use a couple of paragraphs as examples, but I'm not comfortable with you reproducing my entire articles elsewhere.