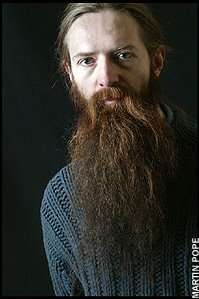 Not surprisingly, at least not for me anyway, Aubrey de Grey's "Strategies for Engineered Negligible Senescence" (SENS) survived a Technology Review challenge which sought to determine whether or not the theory was worthy of "learned debate."

Here's a nice summation of the judge's conclusion:

We need to remember that all hypotheses go through a stage where one or a small number of investigators believe something and others raise doubts. The conventional wisdom is usually correct. But while most radical ideas are in fact wrong, it is a hallmark of the scientific process that it is fair about considering new propositions; every now and then, radical ideas turn out to be true. Indeed, these exceptions are often the most momentous discoveries in science.

SENS has many unsupported claims and is certainly not scientifically proven. I personally would be surprised if de Grey is correct in the majority of his claims. However, I don't think Estep et al. have proved that SENS is false; that would require more research. In some cases, SENS makes claims that run parallel to existing research (while being more sensational). Future investigation into those areas will almost certainly illuminate the controversy. Until that time, people like Estep et al. are free to doubt SENS. I share many of those doubts, but it would be overstating the case to assert that Estep et al. have proved their point.

Here's TR editor-in-chief Jason Pontin's account of the judge's findings.
Here's the Estep et al. dissention to the decision.
Read more about it in ImmInst and Betterhumans.
And here's my rant from a few weeks back.
Posted by George at 7/11/2006