It's About To Get A Lot Harder To Experiment On Chimps 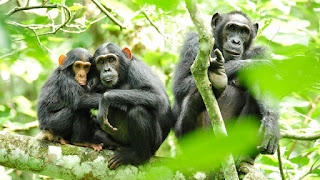 The Jane Goodall Institute, in collaboration with other animal welfare groups, has successfully petitioned the U.S. Fish and Wildlife Service to declare a new rule under which all chimpanzees—both wild and captive—must be protected as an endangered species.
Wild chimpanzees have been listed under the Endangered Species Act (ESA) since 1990, so it seemed odd and inappropriate to a coalition of animal welfare organizations, including the Jane Goodall Institute, that research chimps were not granted the same consideration. According to ESA rules, captive chimps cannot be assigned separate legal status from their wild counterparts owing to their captive state. In an effort to change this, the coalition petitioned the U.S. Fish and Wildlife Service (USFWS) in 2010 to list all chimps as endangered. This instigated a formal review of the ESA and the new ruling.
More at io9.
Posted by George at 7/01/2015