Experts Gather at Yale to Discuss Whether Animals Are People 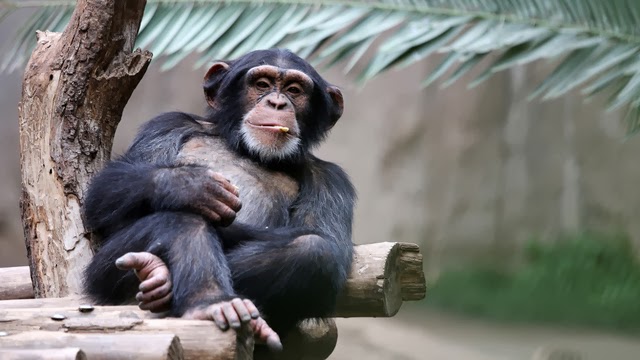 This past weekend, the IEET hosted the world's first conference dedicated to the topic of nonhuman animal personhood. Energized by the NhRP's recent initiative to have captive chimpanzees legally recognized as persons and not property, the event brought together legal experts, scientists, philosophers, and futurists from around the world. Here's a recap.
Called Personhood Beyond the Human, the event was co-sponsored by the Institute for Ethics and Emerging Technologies, the Interdisciplinary Center for Bioethics, the Yale Technology and Ethics Working Group, and the Yale Animal Ethics Group. The conference was held at Yale University from December 6 to 8. The Nonhuman Rights Project was an official endorser, and several of its members attended and spoke at the conference, including the group's founder, Steven Wise.

And indeed, the NhRP was the big hit of the conference. While the group failed in its first attempt to secure human-equivalent protections for several chimpanzees, the NhRP considers this the beginning of what will most assuredly be a long and difficult process.
During his talk at the Yale conference, Wise described how virtually all human societies have denied other-than-human animals the right to bodily liberty — a concept known as habeas corpus in legal circles. "By virtue of this," declared Wise, "we've put animals into an ever-lasting jail." His hope is for legal transubstantiation — the moving of animals from 'thinghood' to personhood.

Wise, when speaking to the judges last week, presented two primary legal arguments supported by common law language, namely the notion that certain animals have capacities, like autonomy, that qualify them for the right to liberty and that they should subsequently be seen as equal under the law. The NhRP is only arguing for negative rights; it's strictly a matter of protecting these animals from undue harm while respecting their autonomy.
"I don't agree that with rights come responsibilities," said Wise. "Animals do not have a 'claim right' and cannot enter into a contract." He compared their situation to those of children or the severely disabled. "Children have lots of rights," he noted, "but without the responsibilities."
Wise is pressing the case now because the science, law, and zeitgeist are finally in place to support it. Fascinatingly, while all judges dismissed the suits, one encouraged Wise to carry on with the work saying, "What a great argument. You lose!"
To support the case for animal autonomy, Wise was accompanied by his science advisor, Lori Marino. She held up a stack of papers the size of a phone book containing affidavits from numerous scientists — all used as evidence to support the claim that chimpanzees have critical capacities required for legal personhood designation, including the sense of self, awareness of others, mental time travel, and complex problem solving. Marino stressed that the NhRP isn't biased towards chimps, it's just that the evidence rests with the "lowest hanging fruit," and that "we've got to go where the evidence is."

Wesleyan University's Lori Gruen also spoke at the conference.
"To be consistent and fair, we ought to extend our concern towards others with similar capacities," she told the Yale audience. "But there can't be scientific proof that personhood exists in great apes, because that's a concept that's normative." Instead, Gruen said it's more important they have the capacity to suffer than any other special ability or trait.
Somewhat similarly, animal rights activist Karen Davis argued that most criteria-based arguments reduce our conceptions of animals. She also complained about the tendency to compare animal capacities to children or disabled humans.
"You do not compare the incompetent capacities of one species with the competent capacities of another species," she said. "It is neither logical or just, it demeans them in many possible ways." A hen, she said, has the mind of being a competent mother. "There is absolutely no comparison to a human child."
Like Gruen, Cal State's Robert C. Jones agreed that sentience matters — especially the capacity for pain.
Saskia Stucki, who came to Yale from the University of Basel in Switzerland, said, "Sentience is probably a good delineator of animal personhood as it implies a certain degree of vulnerability."
Bioethicist Peter Singer kickstarted the conference with his keynote address on Friday.

Likewise, keynote speaker Peter Singer — the founder of the modern animal rights movement — noted that, "Animals are an end unto themselves because their suffering matters." Like so many other speakers this past weekend, Singer dismantled notions of human exceptionalism. Animals are simply not for us to use and abuse.
Andrew Fenton from Cal State gave a provocative talk in which he addressed the issue of animal experimentation. Taking inspiration from pediatric ethics, he made the fascinating claim that animals can express dissent.
"Pressure is mounting to recognize the demands made by captive other-than-human animals on their captors — and demands made by free-living other-than-human animals on conspecifics — in relevantly similar ways to what we see falling under discussions of respect for persons in human bioethics," he noted. Consequently, it's important that we not destroy an animal's ability to dissent to experimentation.
Some speakers presented more difficult criteria for personhood, including Harvard's Wynn Schwartz. Drawing from Goffman's dramaturgical viewpoint, he argued that persons should have the capacity for hedonics, prudence, aesthetics, and ethics. "The life that's observed should tell a story," he said.

The Potential for Machine Persons

Some speakers considered the potential for personhood rights to be ascribed to future machine minds. Indeed, there's already concern that we may harm AI when it first emerges. To that end, Samir Chopra, author of A Legal Theory for Autonomous Artificial Agents, argued that some AI will be deserving of moral and legal consideration.
"By regarding animals as 'not-persons' we are able to continually mistreat and exploit them," he said. The same danger awaits artificial agents, which is why we have to look at personhood as a pragmatic notion.
As for me, I spoke about the consequences of legal nonhuman animal personhood, including potential impacts to our social, political, and legal spheres (full details to come in a future io9 post!).
Finally, futurist and scifi author David Brin closed the conference by making the case for animal uplift. As the most successful intelligent species on the planet, we owe it to the animals to help them "crash through the evolutionary glass ceiling." He says that we shouldn't just assume that animals, in their natural state, are living a kind of ideal existence — a claim that ruffled the feathers of many conference attendees.
The IEET team: George Dvorsky, James Hughes, Kris Notaro

I've organized conferences before, but this was easily the most personal. It was extremely affirming for me to see these topics discussed in such a matter-of-fact and sophisticated way. It was also encouraging to see so many people make the case for personhood outside the usual suspects (i.e. great apes, cetaceans, and elephants).
And as pointed out to me during the conference, and as I made very clear in my talk, we have moved past the first two phases of social reform. We are no longer being laughed at and we are certainly no longer being ignored. We are now truly in the midst of a fight to have legal personhood rights ascribed to nonhuman animals.
Quite appropriately, Steven Wise quoted Winston Churchill when assessing the current situation: "Now this is not the end. It is not even the beginning of the end. But it is, perhaps, the end of the beginning."