The psychopaths among us 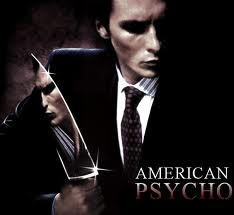 One of the more surprising things I learned at the recently concluded Moral Brain conference at NYU is that psychopathy affects 1-2% of the general population. That seems shockingly high to me. But on reflection, it kind of makes sense. I'm sure most of us know at least a couple of people who we suspect might be psychopaths.

Psychopathy is defined as severe emotional dysfunction, especially a lack of empathy. Psychopaths are completely unable to recognize such things as anger and fear in individuals, whether it be from facial expressions or verbal exclamations. Psychopathy can also defined by the expression of anti-social behaviors.

Neuroscience is helping to identify parts of the brain that are deficient leading to psychopathy. According to James Blair, the root of the problem is in the amygdala, which, when not functioning properly, causes individuals to respond in less averse way to fear, sadness, and pain. It's important to note that there is no correlation between psychopathy and IQ.

In fact, it is very difficult to detect psychopaths as many of them appear well adjusted, successful, and even charming. Most of them are not criminals. And according to Fabrice Jotterand, psychopathy affects 3-5% of businessmen. Perhaps there is something to be said about psychopathic traits and those characteristics required for success in the business world--including such things as ruthlessness and indifference.

In terms of possible treatments, pharmaceutical interventions seem to be a better bet than behavioral therapy. Surprisingly, according to Walter Sinnott-Armstrong, behavioral therapy for psychopaths actually makes their condition worse. Instead, drugs like Sertaline, which is considered an anti-psychotic, and other SSRI's can be used with positive affects. Ideally, however, neuroscientists would like to repair the dysfunction to the amygdala, which is typically at the root of the cause.

So, should this be considered a kind of "moral enhancement"?

Jotterand says no. He argues that it's not a question of moral enhancement, but more about altering behavior. I'm not sure I completely agree as the line dividing the two is quite blurred. If we can alter anti-social behavior, and augment (or repair) a person's sense of empathy, we are both going about moral enhancement, and subsequently, working to alter a person's behavior.

This could be a good gateway approach to moral enhancement for neurotypicals. It reminds me of how assistive devices for the physically disabled could eventually trickle down to "normal" humans once these devices exceed normal biological capacities. It's not unrealistic to believe that a future intervention to cure psychopathy could actually result in greater-than-normal empathy and other pro-social traits. Should this happen, neurotypicals might eventually start to demand it for themselves.